For consumers, the only things missing from the Las Vegas cannabis scene are social consumption lounges. We have mentioned it before that the millions of tourists that pour in each year have no legal place to smoke marijuana unless they have a friend that lives in the area and invites them to smoke at their private residence. The hotels and casinos don’t permit smoking cannabis and so tourists either forfeit smoking or break the law, which breaking the law is not a real choice. While edibles and tinctures are less conspicuous and produce no smoke, consuming them in public is still illegal and the demand for marijuana flower is strong. 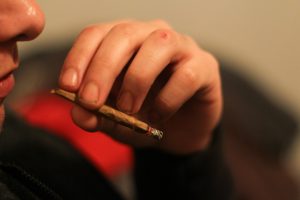 Just recently it looked as though Vegas was on a quick path towards permitting local marijuana dispensaries that had received a state license to own and manage a social consumption lounge the ability to add a separate space for consumption. However, there may now be another delay on the lounges that could stretch all the way into the summer of 2021. Many dispensaries have already either built out an additional space for a marijuana lounge or made sure to set aside existing space that they intend to turn into a lounge area. Those spaces may have to be used for something else or collect dust until Nevada lawmakers determine what they want to do.

So, why the delay? A new amendment to Assembly Bill 533 could soon become a permanent part of the bill and would force Nevada cities to wait on licensing lounges. Currently, the amendment to AB533 is set to create a Cannabis Compliance Board which would make Nevada cities wait until the summer of 2021 to issue licenses for these highly regulated areas where adults over the age of 21 could go and consume legally purchased marijuana. As it stands, the lounges would need to meet strict ventilation and fire prevention standards, could not sell alcohol or cannabis, but would be able to sell smoking pipes, rolling papers and other assorted cannabis paraphernalia. Governor Sisolak’s office sent out a statement explaining it’s decision to stay on the side of caution.

The governor believes that it’s better to address this issue the right way than the quick way, which is why he’s establishing the Cannabis Compliance Board to address some of the issues that have arisen as a result of rushed decisions made in the past and to establish a comprehensive, statewide regulatory structure that will make Nevada’s cannabis industry the gold standard in the nation. The governor believes that consumption lounges have a place in the future of Nevada’s rapidly-growing cannabis industry, and looks forward to the work that the CCB will do in the interim to ensure that this part of the industry is well-positioned to add to the job creation and economic growth our cannabis industry has brought to the state.

Las Vegas marijuana dispensaries are probably not too keen on the decision and could argue that Nevada already sets a great example around the country for the proper way to manage an adult-use cannabis market. They may also argue that nothing about Nevada’s cannabis laws has been rushed. When the commercial sale of recreational marijuana began in Nevada in the summer of 2017, a state-of-emergency was declared in order to kick off sales on time after disputes about distribution licenses for the transport of cannabis came about. It is also reasonable to argue that while Nevada may be the current gold standard in the nation for the commercial sale of cannabis, in the bigger scheme of things the nation’s cannabis market is still young, developing and missing a lot of crucial elements that more mainstream industries possess. Most of that would be resolved if cannabis was removed from the federal Controlled Substance Act.

All the same, Nevada lawmakers have to be thinking about what to do with the tourists coming to Las Vegas excited to try the marijuana. Cannabis sales are beating expectations and it is no wonder considering the myriad of cannabis stores opened around the Strip and the incredible variety of cultivars found here. As a lab testing company for Las Vegas cannabis we see the wide varieties of marijuana and derivative products like vapes, edibles and concentrates pouring in. It is understandable why Vegas has become such a popular destination for cannabis enthusiasts, but again that does not address the issue of how they are to legally consume it. 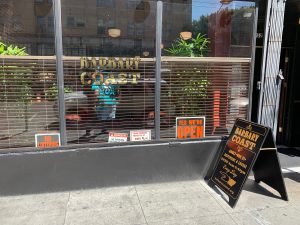 A number of other states are working at finding a way to allow spaces for the social consumption of cannabis. Colorado is very close to allowing their dispensaries to apply for “tasting room” licenses. Similar to Nevada, the licenses would allow Colorado dispensaries to build out a separate area from the dispensary to consume cannabis. Also, Colorado would allow hospitality businesses like hotels and restaurants to apply for private consumption licenses. In California they are also allowing companies to apply for social consumption licenses and in San Francisco you can find a few lounges. However, both states have faced criticism for how they have implemented and enforced laws concerning the commercial sale of marijuana. California in particular has had their share of problems even attracting consumers to the legal market as opposed to the illegal market.

Whatever happens, adult-use marijuana lounges in Las Vegas are likely on their way. Nevada has to make a decision on what to do about tourists coming into town and paying taxes on the purchase of marijuana products. They need a place to legally consume cannabis and the hotels and casinos are not about to permit it on their properties. For locals, they can continue to take full advantage of the rich cannabis market here in Las Vegas knowing full well that products with a certificate of analysis are lab tested high quality cannabis. The new Cannabis Compliance Board will help Nevada set itself even further apart from the rest of the nation by creating regulations and helping to enforce them so that consumers can have the very best experiences. We will continue to do our job in setting the standard for cannabis lab testing in the state of Nevada and around the country.