While Las Vegas Dispensaries and Nevada are Beating Cannabis Sales Estimates, California is Not May 29, 2018 News

California officials estimated that the state would generate $34 million in excise taxes from the sale of adult and medical-use cannabis in the first quarter of the year. Instead a deposit of $33.6 million cam in at the end of April. Las Vegas dispensaries along with the rest of Nevada broke records in March as the demand for cannabis continues to grow. So, why is there such a discrepancy in cannabis sales between the two states, especially considering California is expected to represent one of the largest cannabis markets in the world? 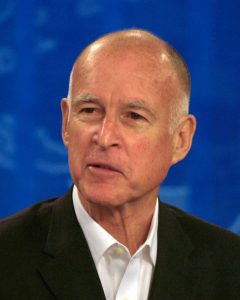 “While the forecast assumes revenues will be phased in over time, preliminary data indicates revenue receipts are slower than anticipated,” the [California] budget said. “Cannabis revenue projections are subject to great uncertainty.”

Many people are not surprised by the lackluster performance in legal cannabis sales in California. It is typical of states new to the commercial sale of cannabis for adult-use to start off slowly. States are often not ready structurally with essential elements, such as licensing, for a legal commercial market to start off strong, which is certainly one of the contributing factors in California. California is still working on issuing licenses to cannabis businesses that have fulfilled all of the requirement of Prop. 64 to gain a license.

“I would suspect they are anticipating a ramp up in entities being licensed, and that the increased access in the market will significantly accelerate growth and revenues,” said Greg Shoenfeld, BDS Analytics’ vice president of operations.

“It’s not a surprise that the state overestimated because they were probably using an ideal scenario to come up with these forecasts,” said Chris Walsh, vice president of editorial and strategic development at Denver-based Marijuana Business Daily, which tracks the cannabis industry across the nation. “It’s just getting off to an extremely rocky start.”

The other very well documented challenge for California is the illicit cannabis market. For roughly 20 years a so-called gray cannabis market has existed within California. Non-profit cannabis companies were the result of early attempts to legalize cannabis and they are still lingering throughout California despite the newly created commercial structure that was put in place at the beginning of the year. California has given these businesses a deadline to close down operations before authorities start taking real action against them, but in the meantime many legal cannabis businesses claim that the illegal companies are undercutting them. 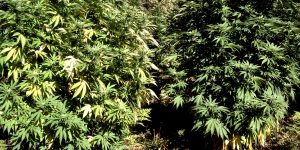 Cannabis grows very well outdoors in areas of California like Humboldt County, which is part of a region referred to as the ‘green triangle.’ Illegal cannabis has been grown in this area of California for a very long time. Many people hoped that the legalization of cannabis would draw these farmers out, however high costs, taxes and competition has kept most of them in the shadows. The end result is that many people in California are still buying from the illicit market.

Cannabis lab testing is also about to become mandatory in California come July 1st, adding yet another necessary cost for businesses. Many toxins and fungus strains can be found on marijuana plants due to the use of pesticides or simply the makeup of the soil, which can be very unhealthy for the consumer and can alter the effects of cannabis considerably. Despite projections for California’s commercial cannabis market in the future, there are many hurdles the state must overcome before it gains the traction everyone is anticipating. While Nevada certainly had some challenges of its own that even led to a state-of-emergency declared by Governor Sandoval, Nevada simply did not have as much interference when sales began as California is facing but will surely iron out as time goes on.