Understanding the Hemp Farming Act and What It Brings to the United States December 20, 2018 News, Uncategorized 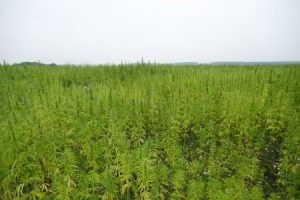 The Hemp Farming Act was added as an amendment to the 2018 Farm Bill which both the House of Representatives and the Senate have passed. Once the president signs the bill, which he has openly remarked on his support of the bill, then the prohibition on industrial hemp, and all hemp derived products, will come to an end. Listed as a Schedule 1 substance on the Controlled Substance Act for nearly half a century alongside its close relative, marijuana, hemp will no longer be regulated by the Justice Department but instead by the Department of Agriculture.

Ed Schmults, chief executive of the multi-state cannabis grower Calyx Peak said the new law could reduce the price of CBD in the market for consumers and producers. “Hemp offers a lower cost option for CBD — hemp is easier to grow than cannabis,” he said.

As public acceptance of CBD and marijuana products grows, public figures and lawmakers are changing their stance on the topic. Democrat Joe Kennedy, a Massachusetts congressman, had voted in the past against House amendments that allowed medical cannabis use. Recently he wrote an op-ed that said, “I believe legalization is our best chance to actually dedicate resources toward consumer safety, abuse prevention, and treatment for those who need it.”

Schmults says the Farm Bill signifies the US Government’s continued evolution on the topic. “We think the tide has turned significantly in America’s stance on cannabis decriminalization and this Farm Bill is a key first step towards this milestone.” 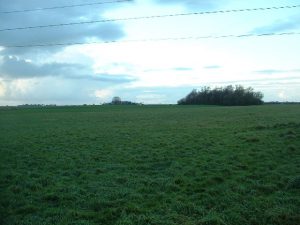 Industrial hemp simply has more uses than the marijuana plant as a food source, textile and energy source. Hemp is one of the most durable plant substances on the planet and will likely help to reduce costs for both producers and consumers. It is expected that the CBD industry will also be free to become a much larger and visible industry. It should also serve as a more environmentally friendly agricultural commodity and serve to help farmers with crop rotations. Hemp grows well in the same sort of soil as tobacco, which the United States has plenty of fertile ground for its growth. Farmers in the middle of the country, in particular in states like Kentucky, are already preparing to add hemp as a major crop.

Todd Denkin, the CEO and a founder of Digipath Labs, recently stated in a press release, “Passage of The Farm Bill could be enormously beneficial to our expansion efforts. Federal legalization is expected to expand our addressable market, and we intend to aggressively pursue a Digipath presence in viable new markets that emerge. With the advent of hemp legalization, it is not just raw hemp that will require testing. Rather, all products containing hemp and hemp byproducts that are already starting to infiltrate our grocery and drug store shelves, such as cosmetics, creams, tinctures, and patches will all need to be tested before they reach consumers. Digipath is able to provide that testing.”

We must also consider what the legalization of hemp means to the marijuana industry. If federal authorities are willing to loosen up regulations on hemp, then they are likely to loosen up about cannabis in all of its forms, including marijuana. States have already done an excellent job of implementing laws that mirror what federal regulation would likely put in place by making services such as marijuana lab testing mandatory to protect consumers. We will have to see what 2019 holds for the future of the marijuana plant.