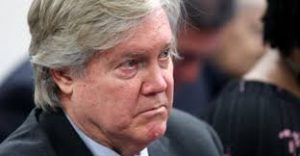 In states that have legalized marijuana such as Washington, California and Colorado, there has already been some significant effort put forth in their respective well populated metropolitan areas to expunge the records of nonviolent marijuana misdemeanors. Here in Las Vegas, Tick Segerblom, who has already been a champion for the Las Vegas marijuana legalization movement, is now working with the district attorney to clear away criminal records associated with nonviolent marijuana related crimes.

The social injustice aspect of marijuana prohibition is evident in the amount of people around the country carrying convictions on their records related to things like marijuana possession. These sorts of convictions make gaining employment and admission into school much more challenging. Logically, if marijuana in Las Vegas is legal, it is only reasonable for those that have priors associated with a nonviolent marijuana crime to be exonerated and have their records cleared.

“Whatever they did at the time is now legal. I don’t think they should be punished for something that is currently legal,” Tick Segerblom said.

Nevada started the sale of adult-use marijuana in July of 2017 and the sale of medical marijuana years before that. Clark County residents that faced arrest and conviction for marijuana possession before cannabis legalization became a reality, have to pay substantial amounts of money and spend time to have their records expunge. However, Nevada law does allow district attorneys to expunge the records of individuals quickly and at no cost should they believe it merited to take such action. Tick Segerblom is working with the local DA to accomplish just that.

“Giving him the authority, he could use a computer program and wipe these convictions off the record,” Segerblom said.

“It just seems right and only fair,” Segerblom said. 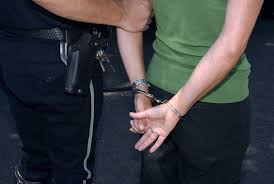 Exploring the DA’s ability to quickly and efficiently expunge records could be a major benefit to Las Vegas residents that have marijuana related convictions on their record. It is not a perfect solution. Nevada struggled financially during and for a while after the subprime recession back in 2008, and the state cannot afford to refund the money to Clark County residents that have been convicted of nonviolent marijuana crimes and paid fines to the state.

“It was illegal at the time and we cannot afford to return the fees, but if we can clear it off the record that’s some justice,” Segerblom said.

No matter what, Las Vegas and Nevada lawmakers would be doing an incredible favor to Nevada residents that carry these convictions on their record, which makes their ability to persevere and flourish in life much more challenging. Seattle and San Francisco district attorneys have already expunged the records of many thousands of people. Congress passed The First Step Act last December as well which will reduce the sentencing and charges against many federal inmates that are incarcerated for nonviolent crimes of all sort, including marijuana infractions. If Tick Segerblom is able to create a process to clear the records of thousands of Clark County resident with marijuana related convictions, he would be doing them a significant favor.