The Good and the Bad of Adult-Use Las Vegas Marijuana After One Year July 10, 2018 News 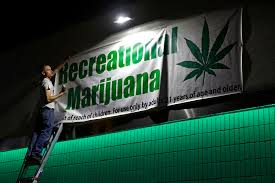 We are still waiting on two months worth of data for how much marijuana was sold and how much tax revenue was generated by Las Vegas marijuana dispensaries and the rest of Nevada after one year of adult-use cannabis. There were celebrations and deals galore in Sin City for the one year anniversary, including a scavenger hunt for a new marijuana museum that’s opening soon. It is safe to say that adult-use Las Vegas marijuana has been a success. That is not to say that there have not been some problems.

Nevada State Senator Tick Segerblom played a crucial role in bringing recreational Las Vegas marijuana to the people and he continues to advocate hard for more.

“I think the most impressive thing is how little change there’s been,” said state Sen. Tick Segerblom, D-Las Vegas, who helped usher in legalization. “There’s been virtually no notoriety, no issues. It’s amazingly smooth.”

“It’s like elections. Everyone tells you you’re doing great, but at the end of the day the taxes are the hard, cold facts,” he said.

“If we’re really going to advertise and bring people from around the world to raise our sales, we have to have places where (resorts) can say ‘Go over there and use it,’ ” Segerblom said.

Most of the challenges that Nevada faced concerning adult-use cannabis happened last year. Governor Sandoval had to declare a state-of-emergency because dispensaries were not having enough cannabis delivered to their stores due to a dispute about who could deliver it. There was one fire at a dispensary, one robbery and some gunfire outside of one store. But, all-in-all, what industry has not had that happen in Las Vegas in the course of a year? 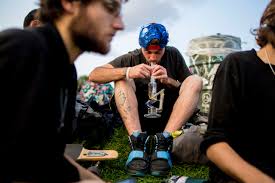 Most of the challenges that Las Vegas dispensaries face are the same that dispensaries throughout the country face; the federal Schedule 1 status of cannabis. The largest challenges caused by the strict scheduling are the banking issues. Being forced to stay cash only businesses means that the Silver State has gone back to being the wild wild west with vaults and guns being the best form of protection for these businesses. Attorney General Jeff Sessions’s rescinding of the Cole Memo earlier this year slowed down investor interest in the cannabis industry as well.

“It has gotten off the ground quicker than what we thought,” said Bill Anderson, executive director of the tax department.

Between tax money for public schools and other state needs, Las Vegas cannabis lab testing providing consumers with safe cannabis and Las Vegas being the top of the market, it is safe to say the Las Vegas adult-use marijuana has been a success. We can thank tourists for a lot of the revenue being generated. While local police have been very relaxed about busting people for public consumption, marijuana lounges and more relaxed rules at casinos will go a long way for our out-of-town visitors to want to continue to visit Las Vegas and generate even more tax revenue.