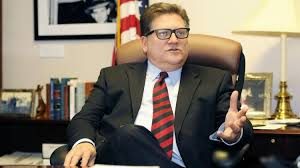 The banking problems for the cannabis industry are beginning to feel insurmountable. The most recent news is out of California where legislators were constructing a banking solution for the state’s cannabis industry with Senate Bill 930. The bill would have created a state chartered banking system that would have allowed marijuana businesses around the state to open bank accounts and accept credit and debit cards from their customers. California’s cannabis banking solution was thrown out earlier this week leaving marijuana dispensaries, cannabis lab testing facilities and any other businesses that handles the actual marijuana plant with no choice but to stay cash only businesses.

Due to marijuana’s Schedule 1 status federally, banks refuse nearly every state legal marijuana business in the country even though 30 states now have comprehensive medical marijuana programs and 9 states, along with Washington D.C., have legalized recreational marijuana. The cannabis industry around the country is approaching $10 billion and based off of BDS Analytics projections, the cannabis industry here in the U.S. alone could be valued at over $47 billion by 2027. A bank could be tried by federal authorities for laundering money if they knowingly accept deposits and facilitate transactions for a company involved in the trade of an illicit substance such as marijuana, heroin or LSD. 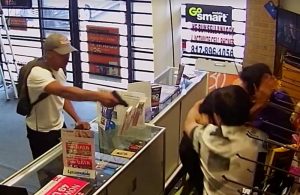 If the state legal cannabis industry continues on its current pace of growth, it will rival the soda and snack industry. Imagine if convenience stores around the country had to work on a cash only basis. They are already major targets for theft and robbery, hence the bullet proof shields at the counters and locked doors at night time. Las Vegas dispensaries are in significant jeopardy as data reported by The Statistics Portal shows Nevada sees more robberies per 100,000 people than any other state by far. It is only logical to believe that as the cannabis industry continues to grow criminals will continuously target cash laden marijuana dispensaries and their patrons with the knowledge that cash must be on hand.

The reasoning behind California legislators giving up on Senate Bill 930 is actually the same reason criminals will target dispensaries for theft. California legislators are concerned that the banks that would have made up the system would make raids by federal authorities entirely too easy. With the knowledge of the exact locations of the majority of funds generated by the California marijuana industry, the justice department would be able to easily target these banks and seize funds. After Attorney General Jeff Sessions revoked the Cole Memo in January, an Obama era memo that advised U.S. attorneys around the country not to prosecute state legal medical marijuana businesses or medical marijuana patients, it is no wonder California is concerned about the risks.

There are a number of bills circulating Congress now that would reschedule cannabis and open the door for marijuana businesses to work with banks, such as The States Act. This particular bill would also removed tax code 280E which lays a massive federal tax burden on state legal cannabis companies by not allowing them to write off normal business expenses. In Florida, a former lobbyist running for Florida’s Agricultural Commissioner this fall saw her Wells Fargo campaign account shutdown once the bank discovered she was planning on accepting campaign donations from the cannabis industry. The banking problems for marijuana businesses is as of right now the largest hurdle for the industry as a whole and until a solution is found, it will be challenging for the industry to thrive.