The Challenges for Humboldt Marijuana Growers to Transition to a Regulated Market October 26, 2018 News

The challenges for Humboldt marijuana growers to transition into a highly regulated market have proven to be steep. Growing cannabis in not only a time honored tradition of Humboldt County, it has been a source of financial livelihood. The same is true of the other counties of the region in California that is as fertile of a place for growing marijuana as can be found on the planet. However, now that California has a strict regulated market after the passage of Prop. 64, licensing and all sorts of permits with fees have become necessary. Many Humboldt marijuana growers simply cannot afford licensing fees and are contesting “abatement notices” issued by the County Planning Department with the help of a Humboldt attorney Eugene Denson.

“They are continuously moving the goalposts,” Denson said, referring to the web of rules and regulations standing in the way of getting permits. “Some people begin to run out of money. It’s not cheap — you can easily spend $20,000 to $30,000 getting the land up to meet the necessary criteria.” 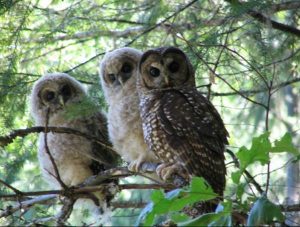 If Humboldt marijuana growers persist in growing cannabis after receiving the abatement notices, then they can face up to a $10,000 fine per day. Denson is currently representing 40 different growers that are contending with abatement notices. Some of the growers are facing criticism for environmentally unfriendly farming too. Threatened species of owls like the Northern spotted owl have been found dead after eating rodents that had been poisoned by farmers protecting their marijuana crops from the pests. Thomas Mulder of Humboldt Redwood Healing has focused on the negative environmental impacts of some marijuana grows.

“I know there’s a lot of push back from the environmental people,” Mulder said, referring to the negative environmental impacts illegal grows often pose to forestland. 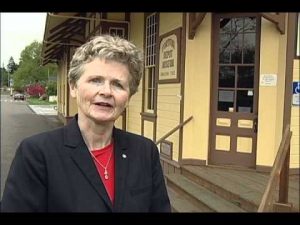 State regulators are trying to work with the Humboldt marijuana growers and suggestions have even bee made to extend certain deadlines into 2019.  Second District Supervisor Estelle Fennell is arguing that having a strict regulated cannabis market in California involves following the rules but that the state is giving cannabis farmers every opportunity to participate in the new market.

“The message needs to get out there that legal permits are the only way to move forward,” she said. “I’ve talked to quite a lot of people who got abatement notices. They acknowledge they took a chance by not coming in to get a license. Now it’s really important for them to continue with the process and move forward.”

Eugene Denson, the attorney representing the farmers of Humboldt County, argues that the new regulations are not lenient enough, costs are too high and that more time needs to be given to these farmers. As the regulated market in California further establishes itself and rules about cannabis lab testing are further enforced, costs and paperwork will be constant and must be followed if cannabis is going to move into the mainstream. The challenges Humboldt County marijuana farmers face are difficult though.

“In the background, the SoHum economy, which has been blighted for decades, is now entering a depression,” Denson said. “Businesses are closing or falling off, nonprofits are in trouble, donations are in doubt. The board of supervisors are sucking all of the money out of the economy through licensing.”