The THC Breathalyzer That Will Never Be Effective September 10, 2019 News

Cannabis is interesting. There is no questioning the fact that this plant is still very much an enigma in many ways. Certainly, cannabis lab testing in Las Vegas has only reinforced what countless amounts of people have been saying for many decades about the properties of cannabis. It may not cure cancer, but it certainly has anticonvulsant, stress and pain relieving properties. From a recreational standpoint, it is so often compared to alcohol that the two have begun to lineup side-by-side in the eyes of consumers and law enforcement. But, Dr. Star and Dr. Sejdic, the Star Lab scientists at the University of Pittsburgh engineering a THC breathalyzer, clearly know that there is a big difference.

The alcohol breathalyzer used by police to determine whether a driver’s blood alcohol level is beyond .08% is convenient and efficient. It took a long time to develop the technology and many expensive court cases to decide that .08% is the limit for which a driver is too impaired to safely operate a vehicle. Since it has become common to compare alcohol consumption to cannabis consumption, having a THC breathalyzer was a logical next step. It is through scientists attempts to create a consistently accurate technology for detecting THC in a person’s system with a breathalyzer, that we begin to see just how different alcohol and THC really are. 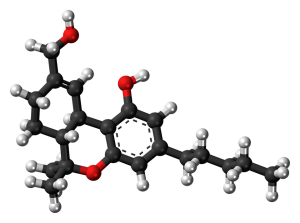 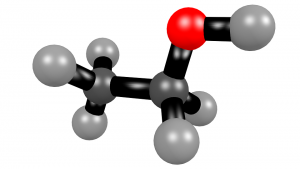 Sejdic and Star have figured out how to set a threshold on their device to detect only a certain amount of THC, which they say will help avoid flagging pot use from several days prior. But without a comprehensive understanding of the correlation between that amount and the driver’s level of impairment, the device may not be particularly useful to police.

Unlike alcohol, the body does not metabolize THC quickly. It lingers in a person’s system for weeks inactively, the psychoactive effects having warn off a few hours after consumption. Therefore, a driver could blow positive on a THC breathalyzer but not actually be under the psychoactive effects of cannabis at the time. Even if a person is feeling the effects of THC, like alcohol a threshold needs to be determined where a person is deemed too impaired to operate a vehicle safely. It may be that a THC breathalyzer simply does not make sense and that researchers and engineers need to think of another way of precisely measuring active THC in a person’s system.