It feels like there are more research studies on marijuana to determine its medical value lately than we have ever seen before. One of the most recent studies published in JAMA Psychiatry came out of Syracuse University and sought to delve deeper into how cannabis can benefit people suffering from pain. The results of the study were eye opening and may have a lot of cannabis consumers nodding in agreement. The study’s results showed that cannabis functions more as an agent to increase pain thresholds for people struggling with pain rather than being a pain reducer. 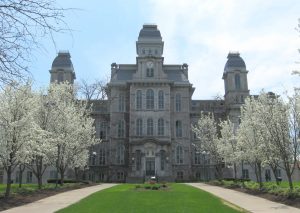 A lot more research must be conducted before scientists completely understand marijuana’s role in pain management, however this particular study seems to have created a solid stepping stone for future studies on how cannabinoids impact pain. Most studies have been focused on the marijuana analgesia (pain reduction) properties and the results were confusing. A study out of Australia of 1,500 test subjects found that cannabis had no ability to reduce pain, while a study from last year out of the National Academies of Science showed that there was “substantial evidence” that cannabis reduced pain. When test subjects were asked whether they were feeling less pain in the Syracuse University study, which included 450 healthy individuals, hardly any said yes. Instead test subjects that had consumed marijuana flower seemed to simply tolerate the pain better.

“If you think of pain as a noxious sound coming from a radio, the volume is the intensity of that pain,” researcher Martin De Vita told MedPage Today. “After using cannabinoid drugs, it may not decrease the volume of the noxious noise, but it may tune it to a station that’s a little less unpleasant. It won’t be the most beautiful music you’ve ever heard — it will still be pain — but it will be a little less unpleasant.”

One of the more interesting findings of the study was that the test subjects that consumed synthetic marijuana such as dronabinol and nabilone did not have the pain thresholds that the test subjects who had consumed whole marijuana flower claimed. It further lends to the idea that the entourage effect of marijuana is important to understand rather than focusing on isolates such as CBD or any other concentration of certain cannabinoids. The research also found that the subjects experiencing a feeling of being high, or the psychoactive effects of THC, reported the highest pain thresholds.

“Everyone is saying we need more research and that we need to catch up,” De Vita said. “This is a first step in doing that, starting from the fundamentals of how cannabinoids affect basic pain processes, and now we need to determine some of these follow-up questions.” 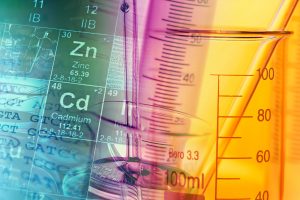 As more cannabis studies are published hopefully scientists will be able to understand what combination of cannabinoids are the most effective at helping medical marijuana patients suffering from pain. It will be the job of marijuana lab testing facilities to then test cannabis for cannabinoid ratios and help marijuana dispensaries in Las Vegas and California properly label their products so that medical marijuana patients can purchase the best cannabis product for their particular condition.