State-Wide Marijuana Delivery in California to Begin in the New Year December 17, 2018 News 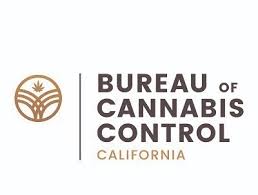 The raging debate about delivery services for marijuana purchases in California may soon be coming to an end. When Proposition 64 passed in California over two years ago it granted the producers and consumers of legal marijuana a very permissive program to allow the industry to grow and flourish. According to California’s Bureau of Cannabis Control, Proposition 64 allowed for state-wide marijuana delivery, which the bureau finalized in a ruling this month. The rule allows legal cannabis to be delivered throughout the state and will become permanent shortly after the first of the year unless groups take action to challenge it.

Proposition 64 also permits towns and counties to ban the sale of adult-use marijuana. Local authorities, such as some police departments, wanted to argue that the ban also included the delivery of cannabis, however proponents of the cannabis industry argued that many patients would lose access to medical marijuana if they could not have it delivered to their home.

The bureau has maintained that Proposition 64 allows for statewide deliveries. It added explicit language authorizing the practice after several law enforcement officials in anti-pot locales insisted they could arrest licensed deliver drivers in cities and counties that ban marijuana.

“Regulated marijuana dispensaries have tough security, checks for identity and legal age and strictly licensed workers,” council executive director James Araby said in a statement. “If marijuana can be delivered anywhere with virtually no regulation, California will lose these safeguards.”

Many entrepreneurs have been counting on the language in Prop. 64 concerning cannabis delivery in California in order to ramp up their businesses and network of drivers. The cannabis industry is creating many business opportunities outside the growing of cannabis or its sale. Ancillary businesses of all sorts associated with marijuana are popping up to take full advantage of the potential the cannabis space has to offer.

fOne of the signs that the cannabis industry is still in its infancy and different than other industries is that rules pertaining to marijuana are very different from state-to-state. Some states only allow CBD products, while others ban smoking and others prohibit home-grown marijuana. California may be one of the most outspoken states in terms of its advocacy of cannabis legalization but that does not exclude it from difficulties. California represents an amazing economic opportunity for cannabis entrepreneurs considering a large portion of its population of around 39 million people support cannabis legalization and also consume it.

Delivery services will only be able to work with licensed cannabis dispensaries. In order to avoid the proliferation of the illicit market, marijuana delivery companies will have to follow a strict set of rules and oversight. Delivery services should allow many marijuana consumers that live too far away from the nearest dispensary a means to access marijuana products. The delivery of cannabis should created another stepping stone for the legal cannabis industry to flourish and help to flush out the illegal sale of cannabis.