The Role of Science in Society & Cannabis February 16, 2017 News

Who doesn’t love science?  From dinosaurs to galaxies far, far away; from the interdependence of life with death, the scourge of disease, the gift and curse of radioactivity.  At some level, everyone appreciates and enjoys learning about the world around them on this rock we call Earth, whirling at 17,672 mph through the seemingly infinite darkness of space and time, faithfully repeating its orbital loop around the sun.  I could go on and on……as you see I too am a scientist.  Now on to science as knowledge and knowledge as power.

Science has allowed man to understand and exploit his world, mainly for the economic benefit of a few and the militarized oppression of many.  Science in all of its expansive brilliance of inquiry and experimentation has unequivocally created the world as we know it today, where the balance between consumption of natural resources and the stresses on regional and global resources cannot continue without dire consequences.  Science is needed today more than ever, to transition society from a growth mode to an ecological sustainable economic system, to promote open access to information, facts and evidence that can enlighten policy makers and improve societies around the globe through technological improvements where the common good becomes the goal.

The dilemma at hand is how to get scientists to more broadly communicate with society as a whole and to have policy makers and governmental leaders listen to and value scientists.  Scientists should be part of policy making.  We can look to cannabis policy as a good example to explore on this urgently evolving societal topic.  While science has demonstrated the medical benefits of cannabis and the importance of quality assurance testing, our policy makers at the Federal level from the DEA and NIDA to the White House, continue to deny the scientific evidence.  We might think that State level policy makers are doing a better job but a recent publication in Drug Policy has just concluded that scientific evidence was not a major factor in policy development across the 28 U.S. states and the District of Columbia that have created medical marijuana laws.[1] 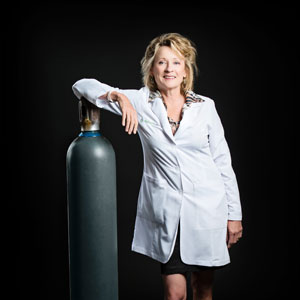 The policy makers in new cannabis complicit states, as backed by cannabis industry leaders and organizations around the country, have a unique opportunity to set a new standard through embracing science and its invaluable role in quality assured, authenticated cannabis products to both the medical and retail marijuana markets.  Science should be an unbiased articulation in objectively promoting cannabis for its many medicinal benefits by clearly communicating the many benefits while curtailing any potential detrimental impacts from adulterants, including pesticide and microbial contaminants.

As a scientist, I am convinced that there is a pressing obligation and need to unite in a collective effort to standardize cannabis testing methodologies and reporting so there can be no disputing or questioning of the results.  This effort will require the inclusion of scientists in policy-making in implementing solutions and justifying current expenditures to prevent damages to future generations’ health; rewarding collective rather than individual efforts.