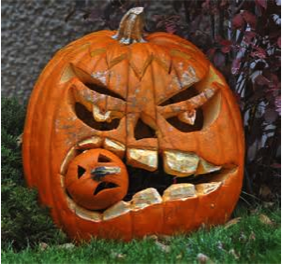 On November 8th the citizens of five states, Nevada, California, Maine, Arizona and Massachusetts, all with existing medical marijuana (MMJ) programs will be voting on the legalization of recreational marijuana. These states could be joining Alaska, Washington, Oregon, Colorado and the District of Columbia with dueling marijuana programs of their own. We can look to these existing binary marijuana programs for both guidance as well as pitfalls to be avoided.

Let’s first take a look at Washington State which exemplifies a progressive approach to the integration of an existing MMJ program with a much larger recreational marijuana agenda. Washington State took advantage of the recreational legislation to rein in a poorly administered medical marijuana program fraught with rampant greed from widely acknowledged quality assurance fraud where passing contaminant test results were for sale and cannabis patients were the martyrs. Recently Washington states’ Liquor and Cannabis Control Board under the Cannabis Patient Protection Act subsumed medical dispensaries within recreational dispensaries, thereby eliminating around 80-90% of the existing MMJ dispensaries. Recreational dispensaries have the option of obtaining a MMJ endorsement at no charge from the State to provide MMJ level products to the shrinking numbers of state documented MMJ patients provided they have dual licensures and employ a resident MMJ consultant with 20 hours of state mandated education on relevant topics. While the MMJ patient can avoid State sales tax by adding their name to the State MMJ roster, they still pay the 37% excise tax along with the recreational users.

In contrast, the State of Colorado used the passage of their recreational marijuana program to institute mandated testing for potency and some level of quality assurance testing for their recreational program but curiously not for MMJ, that is until November 1, 2016 when potency will be required. Quality assurance testing under the state’s current and uniquely adopted in-process validation model will not roll out for MMJ until the testing labs can pass proficiency testing, something that was not required until recently. In addition, MMJ dispensaries must be stand-alone physical entities from recreational dispensaries and taxes vary significantly enough, an additional 25% on retail, that it is worth the effort of maintaining one’s MMJ card. While Washington State used the dual programs to clean up their quality assurance oversight and streamline their marijuana programs, Colorado’s duality has complicated the execution, tracking and sale but has ultimately provided a route to refocus the role of the testing labs on patient and consumer safety by reassessing how sampling and testing are handled currently.

Oregon’s previous loosely regulated MMJ program must now comply with the same metrics of their new recreational program, dispensaries must be separate and the tax basis varies but testing requirements are more regulated and testing labs must comply with strict NELAC compliance. Alaska also established a rigorously regulated recreational marijuana program including provisions for random supplemental testing in the midst of a largely patient self-managed MMJ program in the State. And lastly and unfortunately, the District of Columbia’s marijuana legalization efforts only focus light on

their inextricable subservience to Congress and their resulting largely Federal status. Even though voters soundly approved their initiative to legalize possession and cultivation of marijuana by the 21 age and over residents, it made no provisions for non-medical sales and is therefore of limited use in our comparison here.

While predicting what will happen post-election night for Nevada, California, Maine, Arizona and Massachusetts’ existing medical marijuana programs is speculative, there are some key differences that will influence their prospective incorporation of a retail marijuana industry. In Nevada, Maine and Massachusetts strict regulations are in existence for MMJ already and it would be difficult to imagine that same level of oversight not flowing over into a retail program. Yet in California and Arizona there has been a much looser oversight of existing MMJ programs without a for-profit modus operandi or with mandatory testing requirements in place. Clearly there is a revenue driver that changes the dynamic of the retail market space but let’s keep the responsibility squarely focused on the cultivators and producers to embrace consumer safety as we have seen successfully executed in Washington, Oregon, Colorado and Alaska.

The real kicker in this ongoing discussion is what will happen once we have our first cannabis plant derived prescription drug approved by the FDA. How will the then established FDA track for cannabis-based drugs impact our current MMJ and retail marijuana experience?