Not All Cannabis Banking Problems Solved with The STATES Act June 16, 2018 Marijuana Business

For Las Vegas dispensaries or Las Vegas cannabis testing facilities, along with the rest of Nevada and other states where the cannabis industry is now playing a major roll in their economy, solving the cannabis banking problems are a must. Hopes are high that The STATES Act recently introduced to Congress will be that solution. While the new bill does not legalize cannabis nationally, it would legalize cannabis financial proceeds in states that have legalized the plant opening the door to more merchant service accounts and providing more alternatives for companies to store their funds rather than cash. 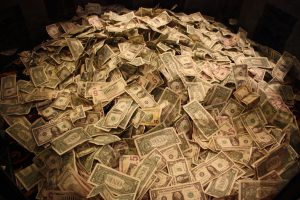 The current status of cannabis banking is that the most credible financial institutions around the country are more than reluctant to open accounts for cannabis companies in fear the federal government will perceive it as money laundering since cannabis is a Schedule 1 substance making it as illegal of a substance could be here in the United States. Some credit unions and state sponsored banks have permitted cannabis companies to open accounts, but they have been inconsistent leaving most cannabis companies that ever touch the plant forced to work exclusively on a cash basis. The STATES Act should make many more banks comfortable but it may not be a cure all. Nicole Howell Neubert, a cannabis attorney in California said in an interview, “Most financial institutions will be looking for even more affirmative direction from (Washington) to feel comfortable with banking cannabis companies.”

Financial institutions are highly regulated and must stay compliant at all times. Working with a cannabis company under the protections of The STATES Act may make them more comfortable but it will still involve more work on their part to stay compliant than traditional business accounts which means higher costs of doing business. It ends up being a matter of math whether the bank sees the costs worth working with a cannabis company. The STATES Act allows states to still maintain the illegal status of cannabis and banks in those states that elect not to legalize marijuana are likely to remain reluctant to do business with cannabis companies

The Bank Secrecy Act requires that banks know their customers well enough to ensure they are not engaging in money laundering, said Julie A. Hill, a professor at the University of Alabama School of Law. “This likely means that a bank accepting marijuana money would have to do enough research to know that their customers are complying with state law regarding the sale of marijuana,” Hill said. “The bank would likely have to confirm that the marijuana is not sold to minors or sold for transport to states where it is illegal.”

“I don’t imagine the … financial institution would take that risk to take in funds from a business considered illegal in that state,” said Beth Mills of the Western Bankers Association.

Regardless of whether The STATES Act would solve all cannabis banking problems if it manages to pass through Congress and the President was to sign off on it, cannabis companies would likely still see a lot of financial relief by its passage. Not only would credible banks likely start doing business with them, but it would also remove the 280E tax code which prevents cannabis companies from writing off normal business expenses adding a massive cost to their business.