Why Medical Marijuana Research Continues to Stall in the United States July 19, 2018 News

Medical marijuana has become an important part of the medical landscape here in the United States. With 91% of people supporting the legalization of medical cannabis, 30 states having legalized medical marijuana and the popularity of CBD, cannabis seems like it will be here for the foreseeable future. At this juncture expanding medical marijuana research is not only called for, but is necessitated by the abundance of its consumption. 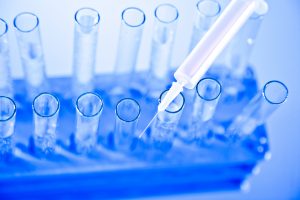 Cannabis is also no longer a liberal issue, but also a conservative issue. Many republicans in Congress now support the legalization of medical marijuana including Colorado Senator Cory Gardner who recently sponsored the STATES Act, Utah Senator Orrin Hatch who sponsored the MEDS Act and the former Speaker of the House, John Boehner. Some of the most conservative states in the country have also legalized medical marijuana, most recently Oklahoma which has not voted for a democrat for the presidency since the 1960’s. North Dakota too is a very red state and it implemented a medical marijuana program in 2017 and will even vote on an adult-use market in November.

So, why then is medical marijuana research not advancing yet here in the U.S.? The top scientists in the country do everything by the book, so when it comes to researching any federally illicit substance they will follow all federal guidelines exactly even if it takes years before they gain access to the substance for study. When it comes to researching cannabis, there is once source for the plant, the University of Mississippi. If researchers do gain access to the institution’s store of cannabis it takes years and is very restrictive. However, the DEA issued a statement in 2016 that provided instructions on how other institutions could become suppliers of cannabis for research purposes. 25 applications have been submitted since then, but not one has been approved or unapproved for that matter.

The Department of Justice has refused to allow the DEA to look over the applications. The current Attorney General, Jeff Sessions has been a long time cannabis opponent. He told a Senate Appropriations Committee in April that the evidence of cannabis legalization reducing the opioid epidemic was insufficient to justify expanding access to cannabis. When questioned further about why the DEA was not looking over the 25 applications, the attorney general cited the 1961 United Nations Single Convention on Narcotic Drugs, stating that expanding access to cannabis violated international law. The treaty though clearly states that medical marijuana is exempt from those restrictions. Countries like Canada and Israel are expanding their medical marijuana research, so plainly there are ways to research cannabis for medical purposes.

One of the most important medical breakthroughs that has come from state legal medical marijuana is its ability to reduce seizures caused by numerous conditions including epilepsy. The opioid epidemic is one of the largest challenges our country faces and cannabis legalization is one of the only factors that have shown any reduction in opioid overdose related deaths. There is a real question here as to why exactly the DOJ is being purposely obtuse about the issue when expanding research alone seems to be such a logical step at this point.