What Americans Believe is the Truth About Cannabis Health Risks July 25, 2018 News

The Annals of Internal Medicine released a report recently that surveyed 16,280 adults in the United States to determine what Americans believe is the truth about cannabis health risks. A University of California, San Francisco physician and professor, Dr. Salomeh Keyhani, led the study funded by the National Heart, Lung and Blood Institute. The team of researchers simply wanted to know what Americans believed were the drawbacks and benefits of cannabis consumption. The end result of the study was that more people here in the United States believe that there are more benefits to marijuana consumption than health risks. The doctors in the study concluded that there is not enough evidence to support this major swing in perception favoring cannabis and that aggressive advertising is the main reason for current perceptions. 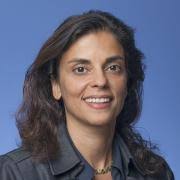 In the survey, 81% of the people that responded believed there is at least one health benefit to cannabis consumption with pain management being the number one benefit at 66%. Cannabis has specifically shown the ability to act as an anti-inflammatory with cannabidiol or CBD seemingly being the main cannabinoid that helps reduce inflammation. A study out of Israel compared using pure CBD to reduce inflammation versus the full spectrum cannabis flower on lab mice and found the full spectrum flower to be more effective. Little is understood about the myriad of cannabinoids found in cannabis and why their collective effects, often referred to as the entourage effect, work differently on consumers versus extracted isolates.

Respondents to the study also cited cannabis’s ability to reduce seizures, a symptom of conditions like epilepsy, and a belief that marijuana can help people with depression and anxiety issues as other significant health benefits of cannabis. The leading risk of consuming cannabis was the illegality of cannabis and the possibility of arrest and conviction for possessing marijuana according to 51.8% of those surveyed. 91% of the people in the survey believe there is at least one risk to consuming marijuana with 7.6% indicating it was safe for children and 7.3% saying it was safe for pregnant women. 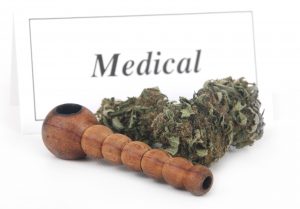 Dr. Keyhani believes there is little scientific evidence to support the beliefs of any of those that answered the survey. She had seen articles that claimed marijuana had all of these health benefits and questioned the claims. “I’m a physician, and I didn’t know about any of these benefits. I hadn’t seen the evidence.” She told a Live Science reporter recently. “The bottom line is that there’s no evidence for the vast majority of this. There’s limited data on harm, and people think that means it’s OK.”

There really is no arguing with Dr. Keyhani. The Schedule 1 status of cannabis has prevented the rigorous research of the plant and left consumers with little else than the testimonies of consumers to base their opinions on. Dr. Keyhani strongly believes that advertising is a leading reason for the beliefs of Americans concerning marijuana, but in reality advertising is also very restrictive for cannabis because of its illegal status, relative to other industries. Unless cannabis laws are reformed, doctors will have to continue to rely on the presumptions of the public. Cannabis lab testing facilities seek to break down cannabis to ensure that packaging can be properly labeled with THC:CBD ratios so that consumers know what they are taking and can feel confident their cannabis is free of pesticides, toxic metals or fungus. Rigorous scientific research will rid the public of misconceptions but until marijuana is descheduled, professors and doctors will only be able to conduct surveys like these, that really do nothing to expand our knowledge base or tell the people the truth about cannabis.