The ongoing debate concerning the best use of Las Vegas and Nevada recreational marijuana sales tax revenue and fees continues, but Henderson recently got an influx of capital for its schools. On May 15th the Mayor of Henderson, Debra March, agreed to distribute $1.5 million to its schools and $150,000 of that came from fees collected through the sales of recreational cannabis.

“Henderson residents value education and they support our efforts to improve student outcomes by investing in our local schools,” Mayor Debra March said.

Mayor March said nearly $150,000 of the total funding was collected from fees from the recreational marijuana sales in Henderson.

It has been a long held argument of legalization advocates that the regulated commercial sales of adult-use cannabis could represent a major boon to the public needs of towns, cites and states around the country. It is generally believed that just like alcohol and other highly regulated markets, cannabis sales should be a source of state revenue instead of seeing the money go to the black market.

Las Vegas dispensaries are bringing in tremendous amounts of money and it is expected that they will generate even more. Most money collected from recreational and medical marijuana sales goes to what the city refers to as a the Rainy Day Fund. The fund is intended to provide Nevada with a cushion if another economic downturn was to occur. Nevada is still trying to get back to where it was financially before the 2008 market crash. A number of elected officials believe even more money should be funneled towards public schools rather than sitting in what is for all intents and purposes a savings account for Nevada. 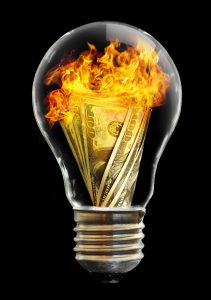 Despite the high quality lab tested cannabis sold in Las Vegas, many people are still unsure how they feel about the legalization of cannabis. Especially if an individual is an opponent to the legalization of cannabis, you would think they would feel strongly that the tax revenue should go towards public projects that can improve the quality of life for the people. In this instance, funds will be going to towards laptops, chromebooks, libraries, enhanced curriculum, professional development programs for teachers, after-school tutoring, skill assessment for children entering kindergarten, school facility improvement and programs designed to help students struggling with childhood trauma.

Estimates suggest that even without national legalization of cannabis, the industry is likely to become worth $75 billion by 2030, which would make it larger than the entire soda pop industry. Cannabis is already affecting the revenues of the alcohol and pharmaceutical industries. If the industry can become as large as many analysts are suggesting, then the amount of money that could benefit public works and education could become a significant difference maker. Otherwise, the money will continue to flood into the illegal market benefiting nobody but those looking to skirt the law. Do you feel that the benefits to public schools alone is worth the legalization of cannabis?