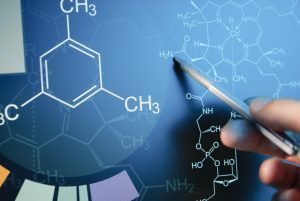 LAS VEGAS, Aug. 28, 2018 /PRNewswire/ — Digipath, Inc. (DIGP), an independent cannabis testing laboratory and media firm, is pleased to announce that its Chief Science Officer, Dr. Cindy Orser, is featured in the current issue of The Analytical Scientist, a publication that celebrates the people, the technology and the innovations that shape Analytical Science across all fields.

In this article, entitled “Smashing the Grass Ceiling,” Dr. Orser is one of seven women who are interviewed as breaking the proverbial “glass ceiling” in cannabis science by rising to the top in their perspective companies while other scientific fields still struggle with equity. The feature article can be found online here: https://theanalyticalscientist.com/thecannabisscientist/articles/smashing-the-grass-ceiling/

Each female scientist shares their personal story of how they ended up entering cannabis, what is their passion that keeps them motivated in cannabis science and also their personal take on why there seems to be an equitable number of dedicated women scientists working on cannabis. Dr. Orser shared that, “I would like to streamline the required testing for cannabis – Nevada has the most rigorous testing requirements of any state, and there is some overlap in the tests we have to carry out,” and “there is a high proportion of female scientists in significant roles in the cannabis industry because the industry was so new, there wasn’t time for male domination – it was a level playing field, and there were a lot of mature, well-educated, capable women scientists who saw the opportunity and seized it.”

It is definitely an interesting read and quite inspiring for younger women looking to become a cannabis scientist. Todd Denkin, CEO of Digipath said, “At Digipath labs in Las Vegas we have six female scientists including two PhDs and we hope to make it a training ground for more female cannabis scientists as we expand to other markets.”