California’s July 1st deadline for any cannabis that did not meet the new state regulations set by the passage of Proposition 64 or the Adult Use of Marijuana Act has come and gone. New regulations require that all California cannabis sold commercially be lab tested, packaged and labeled properly. The result was a massive fire sale of cannabis throughout the state leading up to July 1st that one person compared to the Toys’R Us going out of business sale where people bought products they did not need just because it was so cheap. Cannabis destruction in California is an unfortunate reality, and marijuana dispensaries throughout the state looked to avoid the lost money as much as possible.

The Compassionate Use Act or Proposition 215 passed in California in 1996 and gave birth to what is commonly referred to as the gray market. It allowed non-profit collectives to sell marijuana and had been the source of cannabis for Californians and visitors for over two decades. The passage of Prop. 64 in 2016 looked to eliminate the gray market and instead create a regulated and structured market for the commercial sale of cannabis. It will allow California to truly take advantage of the popularity of cannabis in the state and generate many millions in tax revenue over time.

Marijuana dispensary owners did everything they could to avoid the potential financial loss leading up to the deadline. They not only offered incredible discounts on the marijuana but also attempted to repackage their cannabis to meet regulations if they could find a reasonably affordable way of doing it that made sense before the deadline. All packaging now needs to be tamper proof and child-safe. 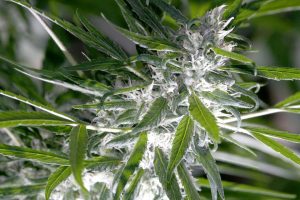 The cannabis that dispensaries could not sell or repackage in time is being destroyed. One dispensary owner said, “There’s not a legal avenue for this product to go to a compassion program, or to veterans suffering from PTSD.” It is trued that any cannabis that is not meeting state regulations cannot be charitably given away, similar to left over food at a restaurant. The idea behind these regulations is to keep consumers safe from becoming sick. Growers have been known to use pesticides on cannabis since fungus and bacteria can grow on marijuana. Both fungus and the chemicals in pesticides can be harmful to people which is one of the reasons advocates have pushed for a regulated legal market that necessitated cannabis lab testing companies.

The new regulated market has also given birth to a new industry of cannabis destruction companies. Laura Turner, the owner of  CWR SoCal Inc. said, “It’s literally the part of the cannabis industry that nobody thinks about.” Laura turns her clients’ marijuana into compost while other will have it burned to generate electricity. The need for these disposal companies will likely only spread as more states legalize cannabis, but the July 1st deadline for the new marijuana regulations in California made their obvious need apparent. Simply throwing cannabis in a dumpster or the trash could result in it leaking into the illicit market.