Coming on the heels of the recent debacle of the highly anticipated, windswept High Times Cannabis Cup event on tribal lands just north of Las Vegas, Senate Bill 375 effectively now allows direct talks with the governor’s office on the use and sale of medical marijuana (MMJ) on tribal lands.  Nevada’s Native Americans not only have their sovereignty recognized within Nevada to establish their own MMJ program, they are also encouraged to enter into talks with the State to work toward acceptance of the comprehensive regulatory rules already in place as created by the Nevada Legislature.

The Senate Bill provides for the coordination of cross-jurisdictional administration of the laws relating to the use of marijuana in the State of Nevada.  While we applaud Governor Sandoval for his acknowledgment of the rights of Native Americans in Nevada, this action could open the door to a potential grey market for cannabis within the State.  The concern revolves around establishing the equivalent quality assurance of MMJ products available outside of tribal lands.

As negotiations proceed within the Governor’s marijuana office with tribal leaders we encourage that the same quality assurance testing guidelines be adopted and enforced across all of Nevada.  This may require further deliberations as to how cannabis grown on reservations would be tested, preferably by transporting to already existing independent third-party testing laboratories in either the Las Vegas or Reno-Sparks area and whether Native Americans would have the ability to purchase wholesale MMJ products grown outside of tribal lands for sale on tribal lands.

Nevada is not alone in turning over this new ground. Washington State has recently enacted similar legislation and California is trying to determine how best to negotiate the same issue. 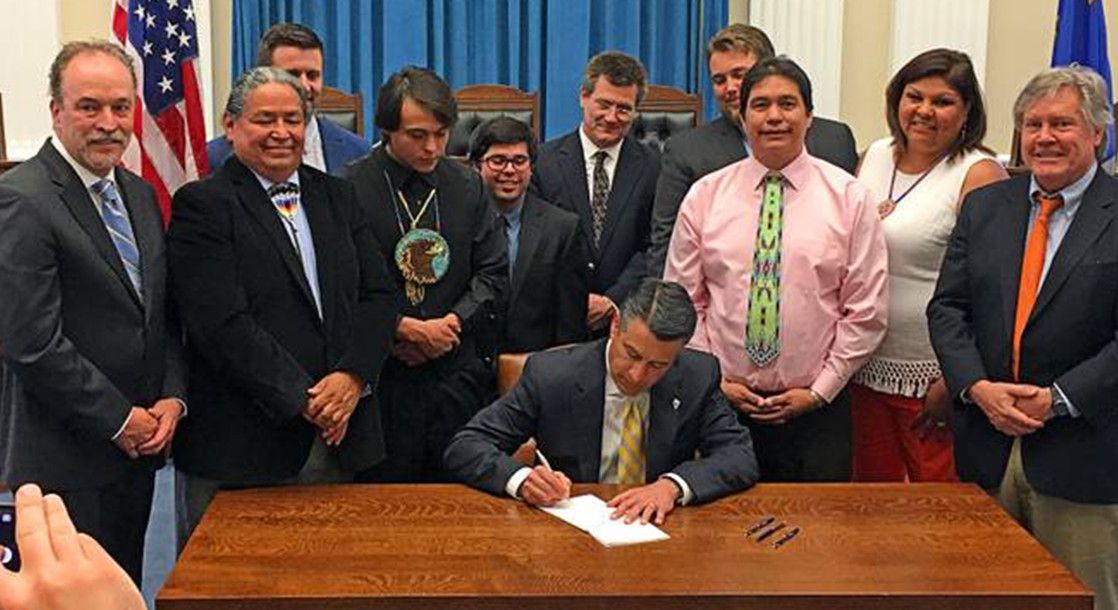