Nevada is Becoming More Popular for Cannabis Enthusiasts Every Month, Beating All Projections May 25, 2018 Marijuana Business

The numbers are in for March marijuana sales and Nevada must be doing something right because cannabis enthusiasts are buying more than ever. The month of March saw Nevada exceed its biggest month in marijuana, medical marijuana and other associated product sales since the state began commercial sales of adult-use in July of 2017. Las Vegas dispensaries are seeing continued and growing demand for cannabis despite the lack of tourists having a reasonable legal place to consume cannabis 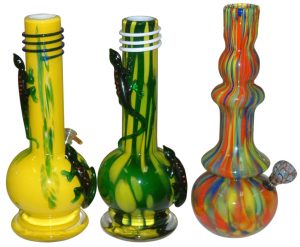 Adult-use cannabis sales topped $41 million in March, the most successful month since legal sales began in July last year, according to a report Wednesday from the Nevada Department of Taxation.

Only 3% away from beating all projections made about the amount of tax revenue that could be generated from the legalization of cannabis, Nevada is on pace to exceed estimates by more than 20% with still three months left in the fiscal year. So far a total of $48.97 million has been collected in tax revenue when the projections estimated $50.32 million for the fiscal year that ends with June. The numbers truly are staggering and imply a lot about the future of cannabis in place like Sin City and Reno.

The wholesale marijuana tax, which is paid by cultivators on both medical and adult-use marijuana, has contributed $18.5 million to the tax revenue total so far this fiscal year. The retail marijuana tax, which is paid by consumers on adult-use marijuana purchases (not medical), has contributed $30.47 million fiscal year to date—bringing that particular tax $3.99 million over its individual projection for the year.

It was recently reported that police in Las Vegas are not cracking down very hard on the public consumption of cannabis. Last reports suggested that only 41 citations have been given out since last July for public consumption. Word must be getting around if sales continue to climb in a city that depends on tourists flying into town. The state has even installed amnesty boxes at airports to provide tourists a means of disposing of their excess cannabis before going through security since crossing state lines with cannabis is a federal offense.

It makes sense that Nevada should be able to take full advantage of a full adult-use market considering cities like Las Vegas are well experienced with working within restricted industries. People from around the world come to Sin City for its gambling, flashing lights, luxury, entertainment and now for its marijuana. While it is extremely important to maintain safety, a city like Las Vegas could reap the benefits of cannabis demand for many years to come. California began sales of adult-use cannabis in January and many believe it will be the largest hub for cannabis consumers in the world eventually. However, Las Vegas is roughly a four hour drive from Los Angeles making it another easy destination for enthusiasts to travel to just to have the excitement and thrills that only Las Vegas can provide. Do you believe that Las Vegas can maintain this growth in cannabis sales indefinitely or is this still just early enthusiasm?