Considering Nevada’s relaxed laws on cannabis consumption, the question of whether employer’s within the state should continue to discriminate against applicants, or current employees, that test positive for THC during drug tests still remains to be answered. In some instances, even medical marijuana patients have seen their employment terminated for a positive test of marijuana. Las Vegas marijuana dispensaries surround the strip and cannabis consumption has become yet another major tourist attraction. Las Vegas is also a fantastic source for employment, resume and experience building, along with robust income potential for people around the country. With massive entertainment companies managing casinos and resorts throughout Las Vegas, many people want to know the answer to questions such as, does MGM drug test or is there a Nevada drug testing policy? 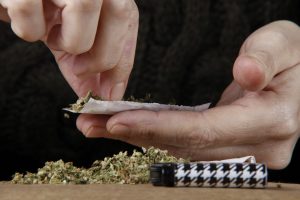 A report earlier this year announced that Caesars Palace would no longer be testing employees for cannabis consumption. While Caesars may want to imply that they have changed their perspectives on cannabis and they will now view cannabis consumption just like alcohol, the demand for employees may also be playing a part in their decision making. Casinos tend to have a high turnover rate, and if discriminating against people that consume cannabis leaves them will unfilled positions, what else are they going to do? However, many resorts and casinos are taking another approach to having Las Vegas dispensaries surrounding their properties and the normalization of marijuana consumption in Nevada and the country.

Resorts like the Bellagio or Aria are all owned by the same group, MGM Resorts International. If you visit MGM’s site and search for MGM drug test 2018 or MGM drug testing policy, nothing comes up. MGM does shares its policy on guests consuming marijuana on their properties. According to MGM, “State law prohibits use of marijuana in public places. Use of marijuana is also prohibited in guest rooms at all MGM Resorts properties in Nevada, consistent with the discretion afforded private property owners under the State law authorizing use of recreational marijuana in non-public places. If marijuana in any form is observed, the property will take the necessary steps to ensure compliance with the law and Company policy.” 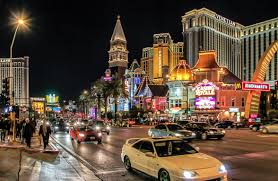 There is difference though in consuming marijuana and testing positive for marijuana on an MGM drug test. While the state of Nevada and Las Vegas are talking about creating laws that will allow marijuana lounges for anyone over the age of 21, as of right now it is illegal to consume marijuana in public. In fact, a tourist coming to Las Vegas for a weekend of fun may have no place to legally consume cannabis. The police though seem to understand this dilemma and have shown a lot of tolerance for public consumption. An employee in Las Vegas is likely to live in the surrounding areas of Las Vegas and may consume cannabis legally in the privacy of their own home and again, may even be a medical marijuana patient. They are not consuming cannabis in public nor does that mean they are necessarily under the psychoactive effects of cannabis while at work.

Since there really is no Nevada drug testing laws 2018 PDF that dictates company drug testing policies throughout the state, it is a decision for the companies themselves. Perhaps employers no longer want to have a set policy on marijuana drug testing since it could draw ire from both opponents and proponents of marijuana legalization. Perhaps employers will now look at applicants and employees on a case-by-case basis similar to how they view alcohol consumption. It may be wise to simply be straight forward with a Las Vegas employer about the consumption of cannabis especially since truthfulness often translates into trustworthiness.