Nevada is one of the true pioneer states for marijuana reform. We may not have been the first to legalize medical or adult-use cannabis, but we were the first to do it the right way. And, we continue to. People from around the world come to Las Vegas to try the best lab tested marijuana on the globe. Emphasis on lab tested, that state mandated certificate of analysis is essential for consumers to know what exactly they are putting into their bodies. It is even more essential for medical marijuana patients. But, beyond consumers coming to taste the myriad cannabis varieties found in Nevada, this state is also setting a great example for other states that are considering or actively working on cannabis laws.

Recently, Governor Sisolak did even more for marijuana law reform in Nevada. Three new bills were signed into law by the Governor. Two Assembly Bills, 132 and 192, along with Senate Bill 430. The Assembly Bills work to help people looking for employment but are having difficulties due to possession convictions and old hiring standards. The Senate Bill advances Nevada’s medical marijuana program by including more qualifying conditions for patient. These laws are refining the cannabis industry and making it fairer here in Nevada. Let’s delve a little deeper into these bills and what they will do for the state. 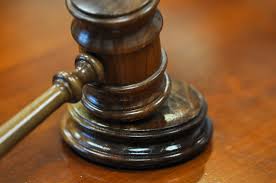 Assembly Bill 132 is really setting Nevada apart from other states by taking charge of employment standards. Most employers around the country will pass on any applicant that fails a drug test for THC. It’s been that way for a long time and remains a problem for consumers even in states that have legalized recreational marijuana. With the passage of AB 132, most employers will no longer be able to discriminate against applicants or existing employees for failing drug tests for cannabis. It is a real challenge for consumers because THC sticks around in the system for as much as a couple of months without impairing the consumer. So, a positive test does not even necessarily mean that the employee is under the psychoactive effects of cannabis during the test. Only a couple of states are even trying to tackle this issue at this time.

Assembly Bill 192 concerns sealing the records of people in Nevada that have past marijuana possession convictions. This is an issue that many pro-cannabis states have been working on. Washington state, California and other states are going as far as to expunge records entirely. Conviction can prevent people from being accepted into schools and really creates a barrier to employment. This bill will seal the record for anyone with a conviction on anything that has been legalized or decriminalized concerning cannabis in the state. It is not expunging records, but it should go a long way to remove stigmas and other consequences that come from cannabis convictions. 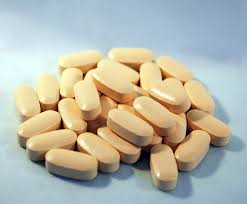 Senate Bill 430 expands qualifying conditions for more people to participate in Nevada’s medical marijuana program. Now people with autism, anxiety and chronic pain will qualify to receive medical marijuana cards. Before, patients struggling with sever pain qualified but now the verbiage loosened up on what qualifies as pain. The most important addition to the list of qualifying conditions may be people with opioid addictions. The opioid epidemic has been hitting the United States for a long time and many people believe that medical marijuana can help stave off cravings. There was even a recent study that showed CBD may be the key to stopping addiction relapses. Patients with medical marijuana cards benefit from lower tax rates on cannabis purchases too.

Nevada has a new U.S. Attorney, Nicholas Trutanich. He recently made comments that did not make cannabis businesses or consumers too comfortable. He believes that drug use and crime go hand-in-hand. However, he also talked about the opioid crisis and how that is his top priority. The Reno Gazette recently published an article on his comments.

That being said, Trutanich added one of his main priorities is tackling the opioid crisis. That means taking on cases involving “dirty doctors” who overprescribe. “Those prescriptions are killing people,” he said.

U.S. attorneys obviously represent our federal government which has yet to change its stance on cannabis. As a Schedule I drug, cannabis is as illegal as a drug can be here in the United States. However, the federal government has turned a blind eye to states that have legalized cannabis thus far. The previous Attorney General, Jeff Sessions, did scare pro-cannabis states by rescinding the Cole Memo early in 2018. The memorandum advised U.S. Attorneys to leave state legal cannabis companies and consumers alone. However, nothing really came of rescinding the memo, and the new Attorney General, William Barr, said he is not planning on doing anything about states’ efforts to reform marijuana laws.

As a Las Vegas cannabis lab testing company, seeing the state of Nevada reforming cannabis laws further obviously opens doors. Nevada is the gold standard of cannabis around the country and moves by the governor like this will continue to make sure it stays that way. Digipath Labs is happy to be playing its part in maintaining that reputation.