Medical Marijuana In Utah, What They Can Learn From Nevada Marijuana Sales November 12, 2018 News 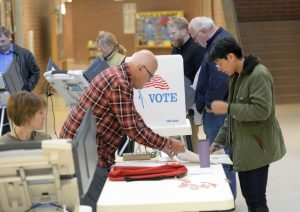 A lot happened during the midterm elections for marijuana reform this year. Voters approved medical marijuana in Utah, Nevada’s neighbor to the east. Legal cannabis in any form has remained elusive to Utah residents for many years. Even being sandwiched between Colorado and Nevada, two of the most popular states for recreational marijuana, was not enough to influence legislators in Utah. However, advocates forced a ballot measure, Proposition 2, which allowed voters to decide if they wanted access to medical marijuana.

Utah could see a fairly large influx of tax revenue from medical marijuana sales. Granted, in Las Vegas recreational marijuana is legal and tourists from around the world are drawn to the bright lights and good fun. While Utah has many beautiful scenic destinations, it is not the tourist draw of Las Vegas. However, the state should still anticipate marijuana tax revenue to help out in a big way. What will make the difference is how Utah utilizes that tax revenue.

The faith had opposed the ballot proposal over fears it could lead to broader use, but after months of fierce debate agreed to the deal. It will change the law by blocking marijuana edibles like cookies that might appeal to children and won’t allow people to grow their own marijuana if they live too far from a dispensary.

Utah’s approval of medical marijuana shows the state’s residents can think for themselves despite opposition from powerful groups such as the Utah Chiefs of Police Association, Utah Medical Association and The Church of Jesus Christ of Latter-day Saints, which accounts for nearly two-thirds of Utah’s population, said DJ Schanz, director of the group that put the proposition on the ballot.

“We’re excited that these sick and ailing patients will finally be able to find relief without being criminalized in Utah,” said Schanz, director of the Utah Patients Coalition. “This a big message that Utahns are compassionate people … that people can think and vote autonomously.”

Sick people receiving long awaited medical marijuana, money to help pay for their expanded medicaid program, money for schools and roads and other municipal projects are all possible from marijuana tax revenue. Nevada’s rainy day fund, a fund that became very depleted after the 2008 stock market crash and the subsequent recession, still has not been replenished to where it was in 2007. Many state officials pushed to have large amounts of funds from marijuana sales taxes allocated to the rainy day fund in an attempt to replenish it. But, the need for help in schools and other challenges Nevada was facing, called for the allocation of Las Vegas marijuana tax revenue to other places.

Utah, like most states, has many influential groups that will try and push for funds in one area or another. As time goes on, perhaps Utah will come to understand that there are many misconceptions associated with cannabis and that loosening up their laws even further could be well worth their while. For all we know, marijuana could be descheduled at the federal level soon, leaving the door wide open for states to regulate the commercial sale of cannabis.