Marijuana Industry to Remain Cash Industry in Las Vegas and Around the Country for Years November 26, 2018 Marijuana Business, News

There are many challenges facing the marijuana industry in Las Vegas and around the country, not least of which are the banking problems. Few banking solutions have been found for marijuana companies in Las Vegas, and the solutions that have been discovered only highlight just how challenging working with banks can be when it comes to Schedule 1 substances such as marijuana. Whether it is a dispensary, a grower or a marijuana lab testing facility in Las Vegas, they are all likely to remain a cash industry for years to come. Sundie Seefried of Colorado Credit Union, which allows cannabis companies to establish banking accounts mainly through it subsidiary, Safe Harbor, recently spoke at an event in Las Vegas and explained the federal challenges of working within the cannabis space.

From the perspective of a marijuana business, one of the main reasons it would not elect to form a relationship with Safe Harbor, or any credit union that permits banking accounts for cannabis companies, are the fees. According to Seefried, the high fees for cannabis companies to bank with them are directly correlated to how many people they have to hire to process the 7,000 plus reports they must file with the federal and state governments.

“They will send 20-plus examiners into our small credit union to make sure we are not violating the Bank Secrecy Act. That is a show-stopper for a lot of banks and credit unions,” she said.

“Every one of those dollars has to be proven to be a valid, legitimate dollar, and that is very labor-intensive,” she said. “It is not that banks and credit unions don’t want to get in and serve this industry — they do — but the roadblocks are real.” 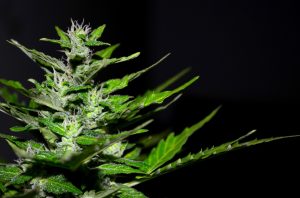 The problems do not end with the paperwork though. Financial professionals are still generally ignorant about the nuances of marijuana laws and the paperwork that goes with it making it challenging to find qualified employees. Also, many banks are uncomfortable working with marijuana simply because they see it as a highly dangerous drug that they do not want to be associated with. Adding in how intertwined cryptocurrencies have become in the marijuana industry makes the banking challenges that much more difficult.

“There is no place to go out and hire cannabis bankers. People don’t understand the industry. No financial institution can bank what they don’t understand,” Seefried said.

“(There are) a lot of people out there who don’t want a transaction on record still. That stigma will remain. So you will be cash-intensive business similar to the alcohol and casino business,” she said.

“I will tell you what my regulators told me: ‘Cannabis is a very big risk for you right now; don’t add cryptocurrencies.’”

The idea that if marijuana were to ever be rescheduled, or outright descheduled, by the federal government would not necessarily provide an immediate solution to the banking problems of the cannabis industry is a bit confounding. According the Nevada Dispensary Association, less than half of the Las Vegas dispensaries, along with the rest of Nevada’s dispensaries, have a banking relationship. Despite the fact that few dispensaries are using banks at all, Colorado Credit Union and Safe Harbor are still processing about $2 billion per year in cannabis transactions. In the end it is not only a matter of convincing the federal government that cannabis has true medical values and is not extremely dangerous, it is also about convincing the rest of the country as well.