Who needs new cell phones, smart watches and portals when you can give away all sorts of marijuana gifts during the holiday season? This year, the popularity of giving away weed became a major trend, especially for Las Vegas marijuana dispensaries and other cities where cannabis products are legal. 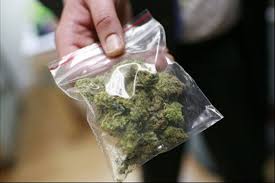 Gifting an eighth of some exotic marijuana strain can light up the eyes of any friend or family member. Whether their excitement comes from a love of cannabis or the reality that marijuana is actually legal, it is still the sort of reaction most gift givers are looking for. One local Las Vegas cannabis dispensary patron had this to say.

“Absolutely! They’re the best stocking stuffers,” said Christina Ghazarian. “You can get little edibles. Or lotions. Or just a pre-rolled gram bag.”

Las Vegas strip dispensaries, or marijuana stores close to the strip, fully anticipated demand jumping during the holidays. In preparation for the surge in shopping, cannabis dispensaries offered all sorts of deals and items they thought would appeal to shoppers. One dispensary worker had this to say.

“The reality is that a lot of people share with their families. Share with their friends.” Zirrela said. “And as it’s become legal we’re kind of breaking that stigma and getting acceptance.”

“Some of the more luxurious products,” said Zirrela. “So things from our CBD vendors like Hot Mess Kushmetics which is CBD topicals like lotions. And on the flower side; stuff like a ‘cannagar,’ which is basically a cannabis cigar. They’re priced around 100 dollars.” 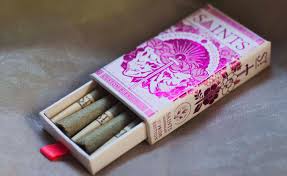 Not all dispensary shopping involved gift giving. Some people saw good deals for themselves as well.

“Got a little for myself, for my animals and then for my mother,” Beltran said. “She loves the honey here with the CBD oil in it.”

There are now a total of 10 states that have legalized marijuana for adult-use to anyone 21 years of age or older, and a total of 33 medical marijuana states. Recreational marijuana officially became legal on December 6th in Michigan, but it will likely be over another year or so before dispensaries will be able to sell adult-use cannabis in stores. Both Missouri and Utah legalized medical cannabis during he midterm elections as well.

There is anticipation going into 2019 that even more states will legalized recreational cannabis such as New York and New Jersey. There is even reason to believe that major federal legislation could make its way through Congress to deschedule marijuana nationally, especially now that hemp has been made legal with the passage of the Farm Bill after 81 years. It is reasonable to believe that giving away marijuana pre-rolls, edibles, lotions, flower and the myriad of other cannabis products coming into the market will only become more popular.

It is not simply a matter of marijuana legalization that is making marijuana gifts more common, but also the normalization of cannabis. On news networks around the country, the story of the green wave of legalization hitting the United States in 2018 is side-by-side international and economic news. Untainted, lab-tested marijuana gifts this holiday season should certainly have added a new dimension to the holiday spirit.