Interested in Science Jobs That Have To Do With Cannabis? February 9, 2018 Marijuana Business

One of the cannabis industry’s hottest topics is the potential job opportunities that are coming with the new industry. There are all sorts of jobs that need to get done when it comes to the growing, testing and dispensing of medical or recreational marijuana. A lot of those jobs still need some refinement but for now, the door is open to people with all sorts of backgrounds. Marijuana cultivators need people to trim the marijuana and dispensaries need people to work the counter. One of the more fascinating and better-paying areas of employment is in the research on cannabis and the scientific work that goes into extraction and testing of cannabis. A much better understanding of the complex plant is needed. So, if you are asking how to get into cannabis research, or if you are simply interested in gaining a better understanding of jobs that have to do with cannabis, perhaps this piece will provide you some insights. 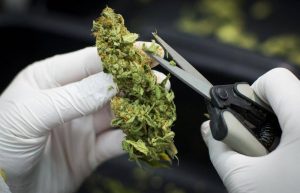 The Schedule 1 status of marijuana makes it illegal of a drug as it could possibly be in the federal government’s eyes.  This prohibitive scheduling has made it very challenging to research cannabis and better understand the plant for many reasons. Scientists often rely upon grant money from the federal government, so not only are they concerned about the legal ramifications of handling the plant but they are also worried their funding will be pulled. In the end, marijuana is in high demand but the world is way behind in understanding cannabinoids and all the ways they affect people both positively and negatively. That has not stopped people like Adam Kavelier who is currently the chief scientific officer for Holistic Industries in Washington D.C., a medical marijuana producer. Kavalier did not start at Holistic Industries though.

Few people have specific training in cannabis, so employers look for related knowledge and experience and a desire and ability to learn a new field quickly. “It’s hard to find strong scientists with a lot of cannabis experience,” says Kavalier…[He] has hired scientists with bachelor’s degrees through doctorates in biochemistry, plant biology, plant chemistry, and more. 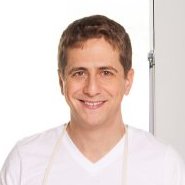 In fact, Kavalier’s own path highlights the unexpected routes that researchers can follow into the field. …using the expertise he developed researching flavonoids in the hop plant to found an artisanal chocolate company. As the legal medical marijuana industry expanded in the nation’s capital, he realized that his product was an ideal cannabis delivery vehicle and approached Holistic. Before long, he had begun working on chemical extraction techniques for cannabis, which is closely related to hops. He went on to sell the majority of his chocolate company and join Holistic full time in 2016. Since then, he has worked to develop products and techniques as well as supervise construction of new cannabis laboratories in several states where the company is active. Most affecting, though, has been watching the company’s products help people find relief from conditions including chronic pain and a particularly severe form of childhood epilepsy.

Entering into the cannabis industry is an exciting endeavor that has a lot of potential but also comes with controversy. While people look for jobs that have to do with cannabis, the marijuana industry is simultaneously exploring who and what backgrounds best match-up with the industry. Do hard core scientists belong in the industry because of the complexity of marijuana, or do nursery workers that know how to nurture and care for plants fit the best? Can anyone be taught what it takes to efficiently run and work a successful medical or recreational marijuana cultivation center, or is it a truly specialized field? People will never know unless they try.