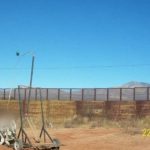 One of the many arguments marijuana legalization advocates have made over the years is that legal cannabis would reduce, even possibly eliminate, the illicit marijuana market. Smugglers have become very creative in how they get illegal drugs, including smuggled marijuana, into the United States, especially as border security has intensified over the last few years. Smugglers will bring drugs in by plane or boat, they will dig tunnels or even use catapults to launch drugs into the United States.

However, according to the Cato Institute, which studies the volume of drug seizures by border patrol agents each year, marijuana represents the vast majority of drugs seized. According to the Cato Institute’s statistics, ever since states began legalizing marijuana for recreational consumption in 2014, the amount of drug seizures by border agents has declined significantly. The remarkable decline in marijuana seizures at our borders from 2003 through 2018 is unlikely coincidental with the legalization of cannabis. 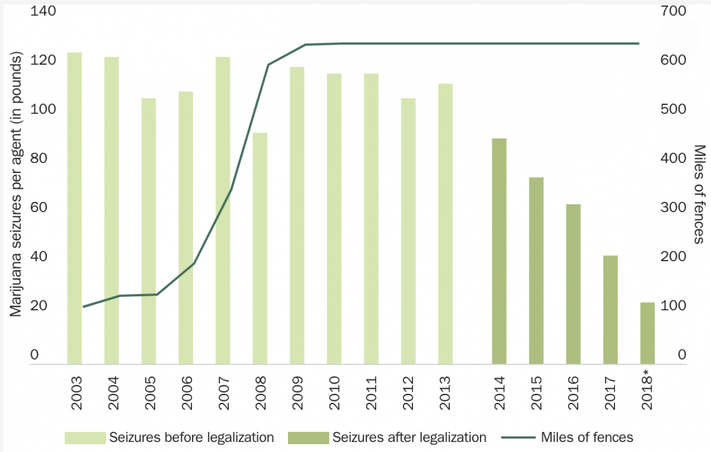 “State-level marijuana legalization has significantly undercut marijuana smuggling,” David Bier, an immigration policy analyst at Cato, wrote in the paper, published last week. “Based on Border Patrol seizures, smuggling has fallen 78 percent over just a five-year period. Because marijuana was the primary drug smuggled between ports of entry, where Border Patrol surveils, the value of the agency’s seizures overall — on a per-agent basis — has declined 70 percent.”

Representative Matt Gaetz out of Florida has argued for years to Congress about the merits of marijuana legalization including the benefits of lab tested cannabis and the safety of consumers. Seeing the facts provided by the Cato Institute further fueled his arguments recently to lawmakers that legalizing cannabis is in the best interests of everyone.

“Some think that state-based marijuana is a gateway drug and makes people want illicit products more,” he said, “but the people who’ve looked at your agency—and you’ve got this very difficult job—are saying that if states have the ability to innovate and make legal, high-quality medical cannabis available to people, then we’re not going to have as difficult a job for you and your border patrol agents and for the people who live across our border.”

After the federal government legalized industrial hemp through the passage of the 2018 Farm Bill, there are even more reasons to believe that complete cannabis legalization on the federal level is on the near term horizon. Canada legalized cannabis earlier this year and even Mexico’s Supreme Court has deemed the illegality of marijuana consumption in Mexico as unconstitutional. The United Nations delayed their decision concerning the scheduling of marijuana until next month, but they have already decscheduled cannabidiol and it seems likely they will at the very least reduce marijuana from its currently Schedule 1 listing.