Las Vegas Residents are Comfortable with Marijuana According to Recent Poll October 23, 2018 News 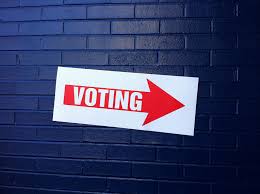 According to the most recent Gallup poll, 66% of Americans are for the full-on legalization of adult-use marijuana. The way things are moving in our federal government and abroad, they may not have to wait much longer either. Now that Canada began the regulated commercial sale of recreational marijuana nationwide on October 17, the United Nations are reconsidering the scheduling of marijuana in Geneva next month. The midterm elections here in the United States are very much up in the air with the possibility of the democratic party taking control of both the House of Representatives and the Senate. Both political parties are viewing marijuana as an issue that could tip the scale and are looking to take credit for legalization. Here in Las Vegas though, residents are apparently already quite comfortable with marijuana. A recent poll showed that of the 1.4 million Las Vegas residents that elected to answer the questions, 69.5% of them approve of legalized marijuana in Las Vegas and more than half of them are marijuana consumers themselves.

Cannabis consumers range all parts of the spectrum, covering a wide range of demographics. Nearly half of the adult population 21 and over, 772,000, said they were cannabis consumers. They are approximately 45 years in age, have an average household income of $53,263, and have an average home value of just over $278,000. Forty-one percent of consumers are married, while 49 percent have kids at home.

“The percentage of adults A21+ that are currently using cannabis for medical reasons has increased to 18.1% from 14.3%,” the study said. “Top health reasons for consuming cannabis include: treating temporary/minor pain, chronic pain management, alleviating mental health issues, to assist with sleep and to treat a non-pain medical condition.” 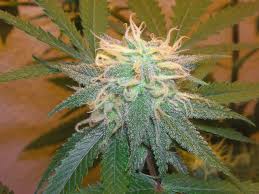 The legalization of marijuana in Las Vegas has been yet another economic boon to the city. In the first fiscal year dating July 2017 though June 2018, Nevada reported collecting a total of $69.8 million in tax revenue generated from marijuana sales. The entire country is making Las Vegas a marijuana tourism destination and both the city and the Las Vegas strip marijuana dispensaries see that clearly. The city could allow public marijuana lounges giving Las Vegas an Amsterdam cafe like feel, which would probably draw even more tourists. Las Vegas dispensaries are expanding quickly as well to meet demand and provide the best consumer experience possible. The separation between casino gambling and the marijuana industry is likely to stay as is until the federal government elects to change the scheduling status of marijuana. But again, that may not be too far down the road. It seems reasonable to expect the marijuana industry in Las Vegas to continue to grow making the lab testing of marijuana all the more important to protect consumers and maintain the reputation of Las Vegas as a safe place to come and have a good time.