Our own founder and COO Todd Denkin was recently quoted by Las Vegas Weekly saying, “The most active ingredients “by far” in marijuana are cannabinoids like Tetrahydrocannabinol (THC) and Cannabidiol (CBD) which provide users with a range of effects, from head highs to pain relief and sleep aid.” A Las Vegas dispensary is looking to take customer education to another level and we are firm believers that spreading knowledge about cannabis at its most granular level is essential for cannabis consumers to reap the benefits of cannabis.

Lab testing cannabis is essential for customers to know what exactly they are consuming, especially medical marijuana patients. Breaking down the cannabis plant to examine the myriad of cannabinoids and terpenes that exist in the plants can only happen in a laboratory. Lab testing is still lacking in places like California, but should be coming soon. In the meantime Las Vegas dispensaries must have all cannabis lab tested.

One particular budtender at Exhale Nevada, Tony Candelaria, has gone above and beyond in learning about the cannabis plant and all of its biological compounds. But, beyond that he is also focused on effectively communicating to customers the different effects of cannabis to help them choose the best cannabis products for their specific needs or desires. Tony told a reporter, “I learned in California that when budtenders could educate people on weed, their sales improved. But it’s a weird market because there’s no mandatory lab testing there, so you don’t know what you’re going to get.”

Below, please find a breakdown on some the more important and commonly found cannabinoids and terpenes in marijuana. By taking a closer look at the different effects of certain cannabinoids, it should also help you better understand the entourage effect and why so many people are focusing on the combined effects of terpenes and cannabinoids.

• THC (Tetrahydrocannabinol): THC primarily affects the central nervous and immune systems and is the primary psychoactive component found in cannabis. It can help with painkilling, inflammation, appetite stimulation and depression.

• CBD (Cannabidiol): The second-most common cannabinoid found in cannabis can serve as an anti-psychotic decreasing the psychoactive effects of THC when taken after THC consumption. It is also an anti-inflammatory and anti-anxiety compound.

• CBN (Cannabinol): With only a small psychoactive effect compared to THC, CBN can help people sleep, fight anxiety and can reduce seizures.. CBN is a products of the breakdown of THC. When This is exposed to light and oxygen, the CBN content of a marijuana increases.

• THCv (Tetrahydrocannabivarin): Is a lot like THC from a molecular view, but it is different too. As opposed to THC, THCv is an appetite suppressant. The psychoactive effects of THCv are more intense and energetic than THC as well.

• CBC (Cannabichromene): CBC works with THC to intensify THC’s abilities as a pain killer, anti-inflammatory,  and its abilities as an appetite stimulant and an anti-depressant. On it own, CBC has shown some ability to help combat acid re-flux.

• CBG (Cannabigerol): CBG is a strong muscle relaxer and fights anxiety. It may also be able to slow tumor growth. 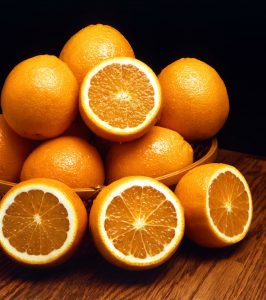 • Pinene: Alpha-pinene is the most commonly found terpene in all of nature. It can be found in cannabis strains like Chemdawg and Trainwreck. The terpene relaxes and widens the bronchial muscle and can treat asthma.

• Beta-Pinene: It can intensify the euphoric effects of cannabis and helps fight depression.

• Limonene: This citrus tasting and smelling terpene is common in sativa strains such as Chernobyl. It can boost the mood of users and is also an anti-fungal, anti-bacterial and anti-carcinogen and may be helpful with acid reflux and other digestive issues.

• Myrcene: Is a terpene thought to work with THC enhancing the euphoric effects, but can also be a sedative.

• Terpineol: Another terpene that helps people with sleep disorders.

• Linalool: Commonly found in Grand Daddy Purple and Purple Kush, Linalool is commonly found in many plant species. It can help with calming consumers and to reduce anxiety and pain. It may also be able to help people with severe acne.

• Humulene: The terpene that gives beer it hoppy flavor, it is found in GG strains. It can help with inflammation as well.