Las Vegas dispensaries are getting the job done beyond the entire state of Nevada’s expectations. Seven months into Nevada recreational marijuana sales and the state has pulled in roughly $35.9 million between excise and wholesale taxes on marijuana. That puts the state almost $1 million ahead of pace so far and Las Vegas marijuana sales are the largest single contributor to that number.

“Our collections to date are around 70 percent of what was projected for the year,” said Bill Anderson, director of the Nevada Department of Taxation.

The state projected average tax revenues of $5 million a month from July 2017 to July 2019, resulting in total collections of $120 million. Officials predicted the first several months of recreational marijuana sales would be slower and then pick up.

Recreational marijuana is likely to be a true boon to the residents of Nevada since any tax revenue not spent on managing the retail and medical marijuana market is spent on improving things like schools and roads. All excise tax revenue goes towards Nevada’s rainy day fund. Through the end of the year Las Vegas marijuana sales generated over $30 million in tax revenue alone, according to the Nevada Department of Taxation.

One of the most interesting details concerning the data collected so far on Las Vegas marijuana is that early enthusiasm was very strong and sales have remained pretty steady. This data suggests that once recreational marijuana sales really streamlines, the potential for the industry seems extraordinary. 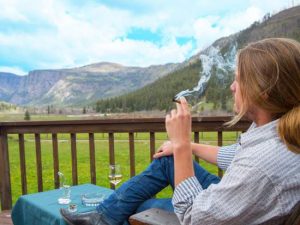 There are a number of issues that need to be straightened out before the full potential of the Las Vegas marijuana market can be realized. The largest of which is the federal prohibition of cannabis. The Nevada Gaming Commission knows full well that the state already pushes the boundaries of federal law with the extent it allows gambling, organized fighting and other adult recreational activities. Casinos and Las Vegas authorities therefore have been reluctant to allow marijuana onto casino properties or open social consumption lounges. The financial potential of setting up marijuana lounges could be significant. Only San Francisco so far has allowed full marijuana lounges like what could be found in the city of Amsterdam in the Netherlands.

Las Vegas tourism is the heart of its ability to pull in so much tax revenue to the state of Nevada. The combination of gambling, entertainment, luxury and now marijuana makes it a true one-stop-shop for people looking for a short trip filled with extracurricular activity. Many people assume that permitting marijuana sales and use will lead to more crime but Aspen, Colorado recently reported that cannabis sales have exceeded alcohol sales. There is the possibility 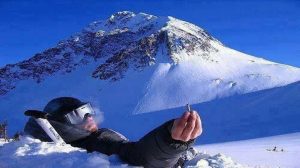 that marijuana consumption will actually result in less alcohol consumption in Las Vegas and therefore less of the uncontrolled behavior that comes with drunkenness. Some people believe it will make Sin City safer without removing the appeal of Las Vegas for tourists. Marijuana has shown that it may not induce as much wild behavior as alcohol consumption. Cannabidiol, one of the cannabinoids in marijuana, is believed to be an anti-inflammatory agent and causes the body to relax. CBD is generally seen as the main medicinal compound found in cannabis. How do you think legal Las Vegas marijuana will eventually transform Sin City?