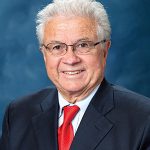 The last piece of the puzzle for the Las Vegas marijuana market seems to be marijuana social consumption lounges or social use venues. City officials like Tick Segerblom and Councilman Bob Coffin have worked hard at putting together a proposal that would permit cannabis lounges in Las Vegas for the myriad of tourists and residents of Clark County to be able to safely and legally consume both medical and recreational marijuana. The recent draft of Councilman Coffin’s sponsored bill allows a permitted marijuana lounge in Las Vegas to also sell alcohol in order to make it more viable for cannabis lounge owners to turn a profit.

“Inevitably, patrons of these establishments will get behind the wheel of a vehicle to drive home after they leave, and we have major concerns with that,” said Chuck Callaway, the director of intergovernmental services for Metropolitan Police Department.

Las Vegas casinos are also concerned. While resorts like Caesar’s are becoming more lenient about employees that consume marijuana, and many job applicants want to know about the MGM drug test policy, the resorts remain worried about patrons consuming cannabis on their properties. They worry how regulators will react to finding people under the influence of marijuana, placing bets on their casino floor.

“Proximity for us is problematic, and we would ask that you offer us some protections,” Virginia Valentine, president of the Nevada Resort Association, told the committee as she requested banning deliveries and keeping lounges outside the corridor of the downtown gaming district. 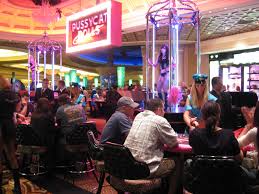 Marijuana legalization is uncharted territory for the casinos of Las Vegas and the Metropolitan Police. While the country as a whole looks to be heading in the direction of the national legalization of marijuana, that does not mean that the Nevada Gaming Commission will become any more lenient on cannabis consumption in casinos. At the same time though, people from around the world are coming by the millions to not only indulge in Las Vegas night life, but also the weed now too.

“For too long now, our tourists have been subject to uncontrolled environments such as parking garages and dark corners,” said James Lamb, vice president of the Las Vegas Medical Marijuana Association. “With these social use venues, though, must come responsibility for safety and security.”

Under the current proposed bill for social use venues by Councilman Bob Coffin, these marijuana lounges would be able to sell alcohol under 11% alcohol beverage volume. Las Vegas marijuana consumption lounges would also have to pay a $5,000 licensing fee annually. They could not sell marijuana but the proposed bill would allow the smoking of cannabis and paraphernalia could be sold, rented or borrowed. Lounges could not be in public view or be in an outdoor area, and must be 1,000 feet from schools. Each social use venue would need to submit air quality control, fire safety and security measures, along with training plans. The bill will not be looked at again until the February 19th meeting.