There are many controversial topics surrounding the legalization of cannabis. There are many cannabis advocates that would argue there is little reason to even conduct cannabis lab testing since many consumers have been consuming untested cannabis for a long time without any recognizable side effects. People are worrying about the influence of marijuana legalization and cannabis business advertising on our youth. One of the most common topics surrounding marijuana is its effects on motorists. Driving high, or for that matter driving under the influence of any substance that impairs a driver’s ability to stay focused, endangers other people on the road and pedestrians. 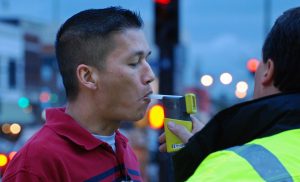 Scientists are trying to discover a way for police to be able to conduct a quick, affordable and reliable test to determine whether a driver is under the psychoactive effects of marijuana. A breathalyzer is used to determine how intoxicated a driver is after consuming alcohol, which is an accurate and quick method. However, cannabis is much different than alcohol. The body does not metabolize cannabinoids like THC, the main compound found in cannabis that provides the euphoric feeling for consumers, as fast as it metabolizes alcohol. The psychoactive effects only last for at most a couple of hours but THC can linger inactively in the fatty tissue of a person’s body for months and will show up in blood, urine and saliva tests. So, running these tests do not necessarily indicate whether the driver is impaired by cannabis while behind the wheel.

The Center for Medicinal Cannabis Research (CMCR) in San Diego is one of the main centers for cannabis research in the country. They are actively researching how driving high impairs motorists. The California Legislature (Assembly Bill 266, the Medical Marijuana Regulation and Safety Act) has authorized the study. 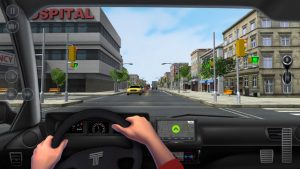 Healthy volunteers will inhale smoked cannabis with either 0% (placebo), 6.7%, or 12.6% Δ9-THC at the beginning of the day, and then complete driving simulations, iPad-based performance assessments, and bodily fluid draws (e.g., blood, saliva, breath) before the cannabis smoking and hourly over the subsequent 7 hours after cannabis smoking. The purpose is to determine (1) the relationship of the dose of Δ9-THC on driving performance and (2) the duration of driving impairment in terms of hours from initial use, (3) if saliva or expired air can serve as a useful substitute for blood sampling of Δ9-THC in judicial hearings and (4) if testing using an iPad can serve as a useful adjunct to the standardized field sobriety test in identifying acute impairment from cannabis.

Canada’s Senate recently passed the Cannabis Act making it the first G7 country to legalize cannabis for recreational use by adults 18 years of age or older. $81 million was placed in a fund to allow police to discover the best way to detect whether someone is driving high. The commercial sale of adult-use cannabis is expected to begin sometime in October and so Canadian authorities have rolled out a plan. Police intend to first give drivers a breathalyzer to rule out alcohol intoxication. Once the breathalyzer has ruled out alcohol, the driver will have to go through a field sobriety test which involves standing on one leg, an eye exam and walking a straight line. Many people are concerned that these sorts of tests are not an accurate means of determining if someone is driving high and that people will be falsely arrested resulting in lawsuits with large court costs.