We recently mentioned the patents we filed for concerning terpene technology for cannabis infused beer and other drinks> We also filed for a terpene based all-natural pesticide patent. As a cannabis, CBD and hemp lab testing facility in Las Vegas we have had the opportunity to study the cannabis plant in much more detail than scientists have historically been able to due to the Schedule I status of cannabis. Once Nevada legalized cannabis, the doors began to open up in terms of cannabis research. Understanding the role terpenes play in the entourage effect, and in naturally fending off certain molds, has led to a lot of interesting discoveries. Terpene data collection plays a large role in our business and as we learn more we gain more clarity on the significant role terpenes play for cannabis producers and consumers. 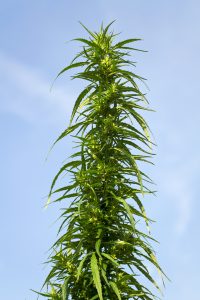 “A METHOD FOR AUGMENTING TERPENE PROFILES IN BEER AND OTHER BEVERAGES.”

The first patent announcement gives Digipath a potential presence in the emerging cannabis beverage market. Two factors suggest an increased cannabis presence in the industry. First, is the fact that beer and liquor sales are reportedly in decline following legalization of cannabis. As Digipath previously reported, a ten-year-long joint study confirmed a 13.8 percent drop in beer sales after marijuana legalization. Moreover, data confirms that sales of alcohol were, on average, fifteen percent lower in states with legalized cannabis. The same study also showed that marijuana and alcohol have a widely overlapping consumer base. It is reasonable to suggest that cannabis inspired alcohol products could be successful among this consumer base. In fact, if following the money means anything, beer mega-co Anheuser Busch announced a $100 million deal with Canadian cannabis giant Tilray to explore the weed/beer market.

”A METHOD OF DETERMINING TERPENE-BASED BIOCONTROL AGENTS FOR CANNABIS AND HEMP.”

Obviously, a foray into the marriage of cannabis and beer is a sexy play in and of itself, the sort of thing that turns the head of the average retail investor. But Digipath’s latest patent announcement, which reveals an industrial terpene application that is aimed to change the pesticide game on cannabis, is worthy of attention. Paramount is the fact that the technology confirms that Digipath has discovered a way to use plant-based terpenes to reduce failures for total yeast and mold and aerobic bacteria.

Digipath’s own testing labs have affirmed a vast need for preventing the aforementioned in the cannabis samples they’ve tested, finding far too many samples that lead to expensive cannabis crop loss. But a side note in the release warrants mention, amplification even. The Company believes its terpenes technology is useful in other agricultural markets, not just cannabis.

We will keep everyone updated on the progress of our provisional patents, but we believe terpene technology will play an even larger role in the business of Digipath Inc. moving forward. CBD lab testing in Nevada is very important now that hemp-derived products are legal after the passage of the 2018 Farm Bill. We are still waiting on the FDA to implement rules concerning CBD hemp sales. We believe our terpene technology will benefit all of the cannabis industry moving forward.