The breakthroughs in cannabis research are remarkable. Digipath Labs is proud to have played an intricate role in the study of cannabis through collaborative efforts with companies like VSSL out of British Columbia, Canada. We have supplied data to VSSL that we have collected from the over 24,000 cannabis samples we have received in Southern Nevada. The tremendous growth of the Las Vegas medical and recreational markets has provided a real opportunity for scientists to truly understand this complex plant. 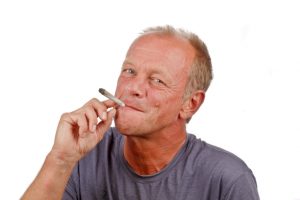 One of the most remarkable outcomes of cannabis research is the creation of designer weed strains. Numerous studies and testimonials have shown that cannabis derivatives can treat anxiety, chronic pain, depression and serve as an anticonvulsant. However, when the marijuana flower is smoked in it’s natural form it can also trigger anxiety and other side-effects many people would rather avoid. Designer weed strains are meant to extract the cannabinoid and terpene combinations from the cannabis plant to pinpoint certain effects consumers are looking for.  Other less desirable effects will also be removed. Terpenes play a larger role than just being the source of plants’ smell and taste, they also work with cannabinoids to affect how consumers feel.

Dr. Philippe Henry from VSSL was recently interviewed by Rolling Stone Magazine to discuss his work and how it has lent to the development of these strains. A number of companies are working to produce and commercially offer these designer strains to remove the unknown element for patients and consumers. Many of these cannabis products will be in concentrate form. Since the plant is being broken apart and reassembled, concentrates are the logical route. However, science is far enough along that concentrates are not the only path companies can pursue.

“And yet designer weed isn’t just made in a lab; it can also be grown. At Flowr, a cultivation company in Canada, Deron Caplan is using a 62,000-square-foot facility to grow weed to target ailments like insomnia or opioid addiction. ‘We have the ability to control the breeding process,’ says Caplan. ‘We can produce it the same every time.’ According to Dr. Philippe Henry of the Canadian cannabis tech company VSSL, alleviating anxiety remains one of the leading goals of designer strains. ‘Sometimes people have tried it and had a panic attack,’ he says. ‘So it’s about targeting those people and saying, ‘It’s OK to smoke weed.’ ”

With the aid of the data from Digipath Labs, Dr. Henry was able to construct terpenoid cluster diagrams that could lead to a new naming convention for cultivars. It is reasonable to expect that as research gains a better grasp of the plant and technologies continue to develop, the landscape of the cannabis industry will also change overtime. While the recreational cannabis consumer may always be interested in consuming the cannabis plant in traditional ways, the consumers specifically interested in the medicinal benefits of cannabis are likely to be more drawn to these designer strains. Our focus remains on protecting the consuming public by ensuring Las Vegas cannabis products are safe and properly labeled.