California never fails to draw the attention of the country, and its marijuana industry is no exception. After passing Prop. 215 over 20 years, creating a gray market for marijuana that was a first step in the fight to end prohibition, it also allowed for bad business practices in a barely regulated market. However, when Prop. 64 passed and became law last year, that was all supposed to change. California allowed existing licensed marijuana dispensaries to sell marijuana that was not lab tested up until last July. But afterwards, meeting cannabis lab testing standards became mandatory before any marijuana could be sold to the public.

While regulators are cracking down on any and all companies that are violating the new laws, it has been very challenging. In particular, meeting standards for THC ratios in cannabis products like edibles and tinctures has been particularly difficult. One lab testing company, Sequoia, lost their license for not meeting lab testing standards for the state by failing to test for all pesticides and falsifying results.

While Sequoia’s former lab director may have falsified the results only after a flawed instrument hindered a good faith effort, according to Josh Drayton of the California Cannabis Industry Association, there are plenty of shady characters in the industry who are willing to cheat. He told the AP that it’s an “open secret” that there are companies who have been known to pay top dollar for favorable results.

“We don’t want to create a pay-to-play system with our testing labs,” said Drayton. “We do need to make sure we get standard operating procedures.” 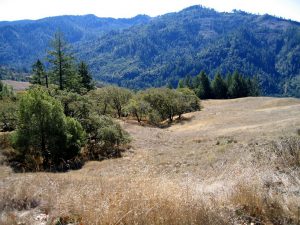 A recent documentary featured on Netflix, Murder Mountain, highlights the unique challenges that California is facing with its cannabis industry. The Emerald Triangle is a rural region in northern California under the cover of the Redwood forest that includes Humboldt County, Mendocino Country and Trinity County. Marijuana grown in the Emerald Triangle has been the largest source of illegal cannabis to the entire country for almost 60 years and has created a unique culture that has included tragedy. 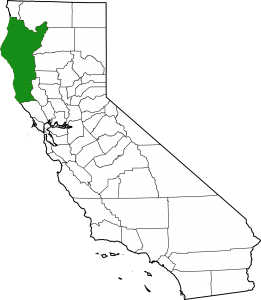 While law enforcement has waged a war against drugs since the early 1970’s, which has included many raids on illegal Emerald Triangle marijuana farms, it never made a difference. Marijuana farmers continued to come back and supply the country will illegal cannabis out of northern California regardless of law enforcement efforts. However, the legalization of marijuana in California has had a massive impact on the illegal farmers forcing many of them out due to licensing costs and a significant drop in the price of marijuana. Relatively speaking, considering the size of the illegal marijuana industry in California, legalization is cleaning up the cannabis industry in California quickly. Digipath Labs is proud to be bringing best cannabis lab testing practices from Las Vegas to Humboldt County.

“With any news rules, there’s always going to be a period of adjustment that takes place,” Alex Traverso, a spokesman for the state Bureau of Cannabis Control, told the Associated Press. “The cannabis industry in California adapts pretty quickly, and I think that’s what we’re seeing with these lower fail rates in testing. That’s encouraging.”