Alcohol Much Worse For Gray and White Brain Matter Than Cannabis February 15, 2018 Research

It is a more common debate these days, it seems, whether marijuana use harms the human brain. People have often commented that people that smoke marijuana are “killing brain cells” or “frying their brain.” Inconclusive studies however have shown conflicting results. Some studies have even suggested that cannabis can benefit certain brain conditions like migraines. A recent study conducted by the Department of Psychology and Neuroscience endeavored to provide more clarity on the impacts of marijuana on both gray and white brain matter.

Gray brain matter actually sits on the surface of the brain and is full of what is referred to as nerve cell bodies, while white matter is the inner portion of the brain and is made up of myelinated nerve fibers. Both gray and white brain matter are essential to healthy brain function, and as you can imagine, are not the easiest things to research. A co-founder of the study, Kent Hutchison, commented: 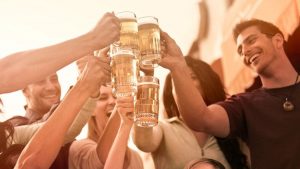 Estimates suggest that over 22 million people in the United States have used marijuana in the last month, but a study conducted by the National Survey on Drug Use and Health (NSDUH) last year suggested that more than half of the U.S. population over the age of 12 have consumed alcohol in the last month. That would put the total amount of people consuming alcohol in the U.S. at over 100 million in the last 30 days. To help provide a comparison, the study included individuals that consumed alcohol as well. The study ultimately looked to provide and answer to; how does alcohol and marijuana affect the brain?

The study included the brain images of 853 adults who were aged between 18 and 55 years and 439 teenagers between the ages of 14 and 18. All participants varied in their use of alcohol and marijuana.

The researchers found that alcohol use — particularly in adults who had been drinking for many years — was associated with a reduction in gray matter volume, as well as a reduction in the integrity of white matter.

Marijuana use, however, appeared to have no impact on the structure of gray or white matter in either teenagers or adults. 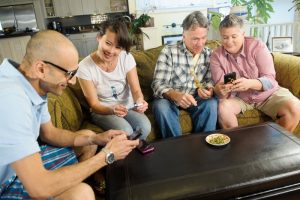 So, how does marijuana affect the brain and nervous system? We are still not entirely clear, but what this study suggests is that there is no direct impact on either gray or white brain matter from cannabis consumption. Alcohol though clearly impairs brain activity and so as a society our perspectives on what is an acceptable drug are not based on factual information concerning brain function and health, that much is clear. The idea that marijuana use kills brain cells or fries the brain seem to be inaccurate as well. It is unlikely that marijuana consumption is entirely harmless, however research seems to be suggesting that cannabis is not harmful to brain activity like many people assume.